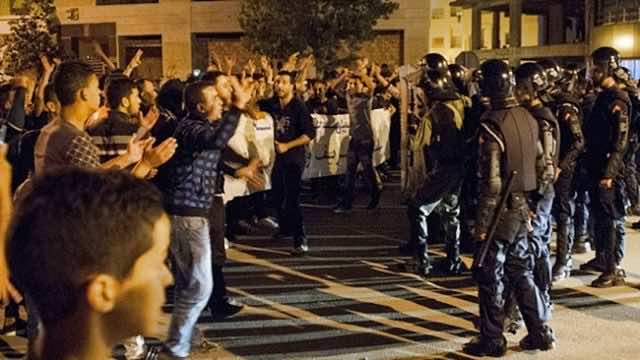 The demonstrators were prosecuted for “violence against the security forces,” “unauthorized demonstrations,” “rebellion,” and “deterioration of public property.”

The first hearing of the trial of the people arrested during the demonstrations of Al Hoceima began Tuesday and lasted about twenty hours. Fifty lawyers defended the detainees.

“The verdicts are very harsh against the detainees. At the time we were waiting for their acquittal, the [police] reports were untrue and false,” Abdessadek Bouchtaoui told media following the announcement of the verdicts.

Bouchtaoui went on to add that “the convicted were not able to read the reports, and even more they have not been interrogated,” adding that they only asked about their identities.

The verdicts angered the verdict’s families who denounced the sentences, saying that “they are arbitrary against their relatives.”

“Families are angry because these judgments are unfair and many people fainted after the announcement of this judgment,” Rachid Belaali, a lawyer and coordinator of the Hirak detainees’ defense told Telquel.