Rabat - Mina Rouatab, the President of IKHAE Fraternité Association, founded the organization after she saw the need to advocate for women who were victims of domestic violence in Rabat.  Since then, with the help of volunteers, the non-profit has grown to include more than 150 women and has led to new opportunities for the women involved. 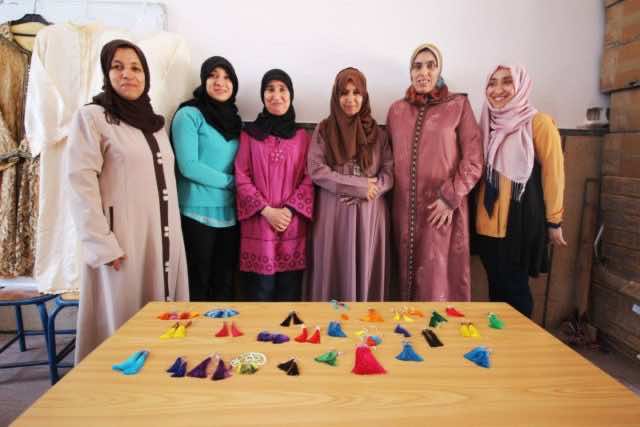 By
Erin Dunne
-
Erin Dunne graduated Phi Beta Kappa from the University of Michigan in the United States where she majored in History, French and International Studies.
Jun 14, 2017
Spread the love

Rabat – Mina Rouatab, the President of IKHAE Fraternité Association, founded the organization after she saw the need to advocate for women who were victims of domestic violence in Rabat.  Since then, with the help of volunteers, the non-profit has grown to include more than 150 women and has led to new opportunities for the women involved.

Today, the non-profit, run by women for women, has a number of projects ranging from legal literacy workshops to English classes and the formation of cooperatives to help the women gain financial independence.

Through a partnership with the Ministry of Education, the Association is able to use classrooms at local schools for their educational programs. The women have learned how to use their legal rights to advocate for themselves, have improved their English language skills and have had the opportunity to share their handicraft skills with each other. During these sessions, the association also provides pre-school programming for the children of the women to both enable the women the attend and to enrich the education of their children. Each of these opportunities has allowed the women to be better advocates for themselves and their families.

Recently, the women of IKHAE have also launched a website to explain their work and to better coordinate opportunities for those interested in supporting their mission. On the “How to help” section, those interested in supporting the work of the association are invited to get involved through volunteering or donating. There are also sections detailing the history of the organization and their initiatives.

Importantly, the website also provides an outlet for the women of the association who are part of cooperatives to showcase and market their crafts. According to Maiken Austin, a volunteer who is credited by members of the association with having given the group a new direction, in the past the women have had difficulty selling their products and have often been taken advantage of by local merchants. With their own website, however, the women are in charge of their own products and those interested in purchasing things made by the women can do so directly.

The non-profit is also involved in the UN Women’s “Safe Cities” initiative that aims to make public spaces safe for women and girls. In Morocco, sexual harassment is common. According to the UN, more than 90% of women report being victims of sexual harassment in public spaces making this “Safe Cities” initiative an important element to archiving gender equity. In part due to the organizing work of Rouatab, Rabat became the 20th city to join in March 2015.

This range of initiatives from IKHAE represents the grass roots success that can be achieved when women advocate for themselves and each other. Already the association has helped women take control of their lives and find opportunities outside of the home. While the association is still small, the women are dedicated and always looking for new ways to empower each other.