Rabat - A moderate growth rate for Moroccan banks and an aggravation in impaired loans. 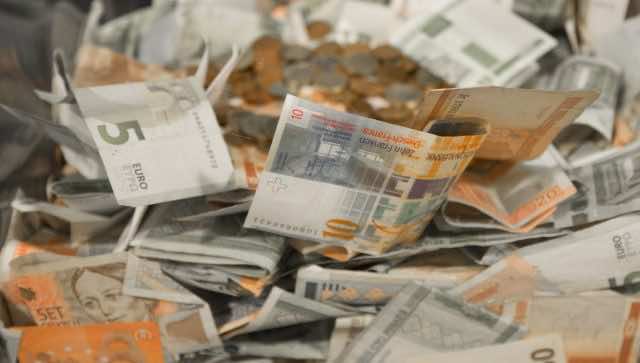 By
Chaima Lahsini
-
Chaima Lahsini is freelance journalist and activist with the Al-Fam collective in Rabat.
Jul 22, 2017
Spread the love

Rabat – A moderate growth rate for Moroccan banks and an aggravation in impaired loans.

Bank Al Maghrib’s (BAM) latest report on banking supervision, released Thursday, reveals that while the profitability of the Moroccan banking sector have slightly increased, so have the risks.

In 2016, banking activity in Morocco recorded “modest” growth, showing sound financial foundations. However, according to the annual report on banking supervision presented by BAM on Thursday at a press conference held in its headquarters in Casablanca, risk factors in the Moroccan banking sector persist.

Despite a 4 percent recovery in bank credit that reached MAD 811 million in 2016, the central bank explains that due to an “exacerbated competitive environment,” banks’ margin of interest has been reduced, impacting their profitability.

However, BAM points out that this situation has been partly offset by revenues from market transactions and commissions on services.

One of the biggest reforms revealed in BAM’s latest reform is a planned thorough review of the way credit institutions classify their debts.

According to BAM’s diagnosis, the current standards allow certain loopholes, meaning that some vulnerable debts fall between the cracks and are not included in impaired debts stated by institutions.

This observation is reminiscent of the findings of a study recently published by the rating agency Fitch and which is alarmed by an underestimation of impaired loans from the banking sector.

Instead of a rate of contentiousness of 9.7 percent reported on average by institutions, it would actually stand between 12 and 14 percent, according to Fitch.

During Thursday’s press conference however, BAM refuted Fitch’s findings, stating that it will “get in touch” with the agency to “understand the basis on which this report was made.”

While it contested Fitch’s conclusions, BAM yielded to the fact that impaired loans have been growing. “Although at a slower pace than in the last three years,” the central bank notes that “the risk rate has risen from 7.4 percent to 7.6 between 2015 and 2016.”

These figures are worrying the supervisory authorities about a possible explosion of impaired loans. The governor of the central bank, Abdellatif Jouahri, said that “if the banking sector presents a sound financial foundation, risk factors persist and call for greater vigilance and strengthening of the prudential framework.”

To contain the risks of impaired loans, BAM requested from commercial banks to increase their operations’ provisions. “The [central] bank has remained attentive to the effects of the economic situation on the quality of credit institutions’ loan portfolios, which it has called to be set up sufficient specific and general provisions,” Jouahri said.

The BAM governor added that “the central bank has initiated a reform of the rules of classification of loans which aims to strengthen the resilience of institutions to credit risk.”

The reform in question provides for the establishment of uniform criteria to identify impaired loans to be monitored closely by institutions and a proactive supply.