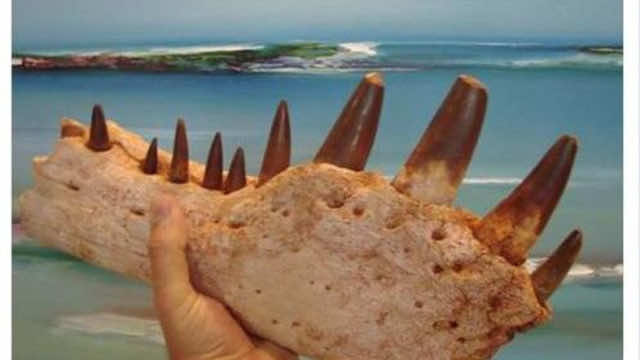 Rabat- Moroccan authorities have opened an urgent investigation into the apparent trafficking of a rare Moroccan dinosaur fossil by a Facebook group, according to the Moroccan daily newspaper Assabah.

A Facebook post published a few days ago by an Irish fossil collector, George Corneille, offering to sell a small piece of the Spinosaurus dinosaur’s lower jaw, has led Ministry of Energy, Mines and Sustainable Development and the Ministry of Culture to set up a special investigating committee. The committee aims to determine how the rare remain was sold and will travel to the fossil-rich Kem Kem beds in eastern Morocco, where the specimen was found. 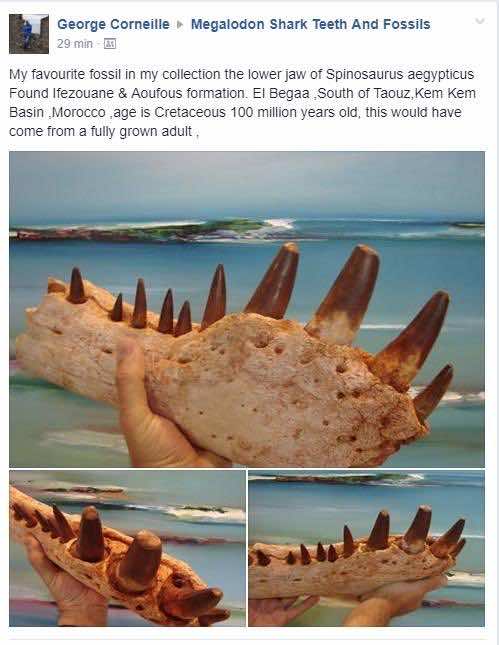 The Moroccan news outlet stated that the fossils of the Spinosaurus exist only in Morocco and are considered to be 100-million years old, stressing that a small piece could be worth up to MAD 50,000.

Corneille, however, has refuted the allegations that he acquired the fossil illicitly. told Moroccan news outlet 2M that he has bought the Spinosaurus fossil legally in 2005 from a Moroccan merchant in Tucson, Arizona, adding that he no longer possessed the fossil and was unaware of its current location, as he had since exchanged it for a meteoric stone with another Moroccan merchant.

Corneille also claimed that the fossil is not rare as the media has reported, and that dozens of Spinosaurus’ fossils can be found in other areas, such as Europe and America, in addition to Morocco and Egypt.

The remains of the Spinosaurus were first found in Egypt’s Western Desert by the German paleontologist Ernst Stromer in 1912. He published an article assigning to the specimen to a new genus and species ‘Spinosaurus aegyptiacus’ in 1915. Later, these fossils were moved to the Munich Paleontological Museum.

The dinosaur’s remains were destroyed during a bombing raid in 1944, devastating the fossils of the dinosaur that lived 95 million years ago.

In 2008, Nizar Ibrahim, a vertebrate paleontologist and comparative anatomist, found more remains of the animal, including parts of its skull, jaws, vertebrae and limbs, in Morocco, which were then transmitted to Chicago to be studied.