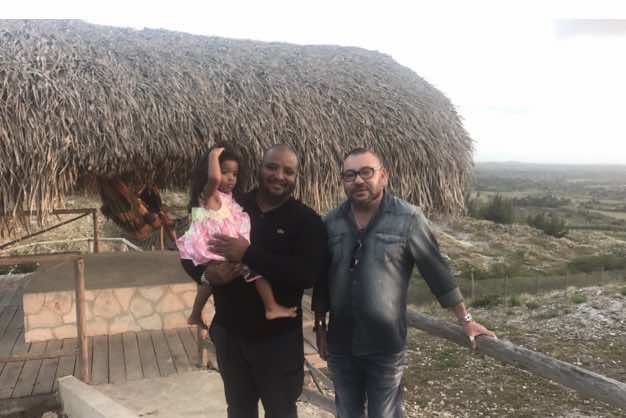 “Obviously I am very happy for the generous invitation of King Mohammed VI to Visit Morocco,” he was quoted by le360 as saying.

“This is the first time I visit an Arab, Muslim and African country.”

The monarch met with Mirabal during the King’s holiday in Cuba with his family in April.

King Mohammed VI paid a visit to the talented Cuban artist and took pictures with him.

Ciber Cuba, a local online media outlet said the King bought up to 18 of Mirabal’s works.

The artist said that some of those paintaings were meant to be showcased in local museums in Morocco while others will be among the monarch’s private collections of art works.

The same source reported that King Mohammed VI asked Mirabal to work on a mural in the city of Marrakech.

Mirabal is expected to joined in the project by a local renown artist. The art work will reportedly commermorate the resumption of diplomatic relations between Rabat and Havana after 37 years of severed ties between the two countries.

The King’s visit to Cuba marked a turnover in the relations between the two countries. The decision to restablish relations was taken a couple of days after the royal visit.

Mirabal is seen as one of Cuba’s most prominent modern artists.

An artist whose creations are widely appreciated in and outside Cuba, he previously worked as a scenery painter for the Cuban National Ballet Company, and for the Production Department of the Cuban Institute of Cinematographic Art and Industry.