Rabat - The Qasioun Eagles are determined to keep their 2018 World Cup hopes alive. Syria’s stars stunned Australia in Malaysia with a late equalizer on Thursday’s first leg, which allowed them assure their place at next World Cup qualifier against the Australian Socceroos. 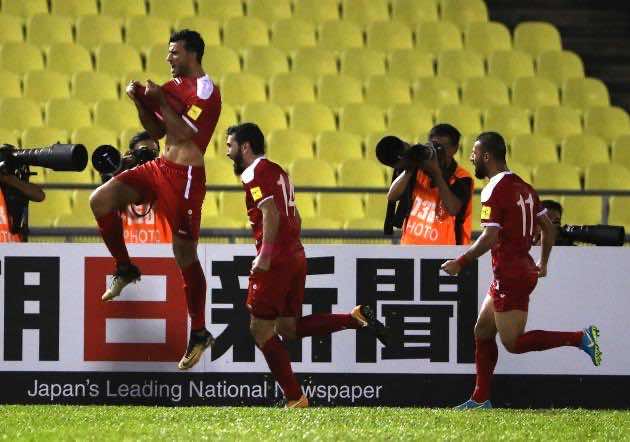 Rabat – The Qasioun Eagles are determined to keep their 2018 World Cup hopes alive. Syria’s stars stunned Australia in Malaysia with a late equalizer on Thursday’s first leg, which allowed them assure their place at next World Cup qualifier against the Australian Socceroos.

Syria’s key striker Omar Al Soma netted a late equalizer from the penalty spot in the 85th minute, after the Australian team scored their goal in the 40th minute of the game through Robbie Kruse.

This was not the first time that Al Soma converted the leveler for the benefit of his team. In the previous qualifier game against Iran, Al Soma stunned Iran with an equalizer in the 93th minute.

The 0-0 draw between South Korea and Uzbekistan led the Syrian team to finish third in their Asian qualifying group.

Although the game would have been at home for Syria, the match against Australia was played in Malaysia due to the country’s ongoing civil war. The tension, however, did not prevent the Qasioun Eagles from doing their best to please their fans.

The return leg between Australia and Syria is scheduled to take place in Sydney, Australia on October 10.