Rabat - As the decisive football match between Morocco and Ivory Coast draws near, fans of the Atlas Lions are afraid they will not be able to travel to Abidjan next November in as large numbers as they planned.

Rabat – As the decisive football match between Morocco and Ivory Coast draws near, fans of the Atlas Lions are afraid they will not be able to travel to Abidjan next November in as large numbers as they planned.

Morocco and Ivory Coast will have to fight for tickets to the 2018 World Cup when they clash on November 11.

Moroccan sports officials had been hoping that between 3,000 and 5,000 local fans would fly to Abidjan to support the national team in its quest for a qualification to the World Cup for the first time in 20 years.

The Atlas Lions are at the top of Group C with 9 points, chased by the Elephants with 8 points. While a draw guarantees qualification for the Moroccans to the international tournament, the home team will have to win to book a ticket to the summer championship in Russia.

Tension is mounting high already as both sides are campaigning to mobilize local fans to help their players win the critical match.

Earlier, Moroccan government officials announced they would help fans travel to Abidjan, with the assistance of the state-run airline Royal Air Maroc, by allocating reduced prices round-trip tickets to Abidjan as well as free access to the Félix Houphouët-Boigny stadium.

But now, the head of an Ivory Coast fans group has promised that things will not be quite as the Moroccans planned.

“We’d like to tell them that there aren’t enough seats in Félix Houphouët-Boigny stadium. We won’t let them take our seats,” he said.

Kouassi taunted the Moroccans by stating that they will not get beyond what they granted the Elephants fans during the first game between the two means in Marrakech in November 2016.

“During the first leg, the Moroccans gave us only 200 seats in a stadium with 60,000 seats capacity. In Abidjan, to pay them back what they did to us, Moroccan fans will only get 201 seats,” he said with sarcasm.

His comments are yet another indication that the upcoming game will not be a walk in the park for the Moroccan team. 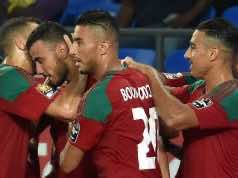 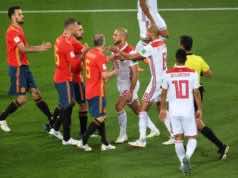