Rabat – Following the accusations against Tariq Ramadan of sexual assault in France and sexual abuse of minors in Switzerland, the Islamic scholar has taken a leave of absence from Oxford University, where he has been teaching since 2009.

“By mutual agreement and with immediate effect, Tariq Ramadan, professor of contemporary Islamic studies took a leave of absence from the University of Oxford,” said the university in a statement.

Oxford emphasized that this leave “implies no presumption or acceptance of guilt and allows Professor Ramadan to address the extremely serious allegations made against him.”

A week earlier, the faculty organized a meeting at the request of students in the department where he teaches, reported the Oxford University daily, Cherwell.

At the meeting, several department staff members urged the students at the meeting not to respond to the press.

The Middle East Center’s director, Eugene Rogan presented his apologies regarding the delay of the meeting, two weeks after the first accusation, which he said was due to the the fact that the allegations had been raised in a foreign country with a different legal system.

“It’s not just about sexual violence. For some students it’s just another way for Europeans to gang up against a prominent Muslim intellectual. We must protect Muslim students who believe and trust in him, and protect that trust,” said Professor Rogan.

“We can’t tell you what you should say. But I encourage everyone to use their moral judgement about how they voice their concerns – not to victimise the women who’ve made the allegations or the men who’ve been accused of things they’ve not yet had the chance to defend themselves against,” he added.

During the same meeting, Karen O’Brien, Head of the Department of Human Sciences, confirmed that Ramadan would continue to supervise his PhD students for the time being, but said that individual interviews will be organized with each student to know the process of these supervisions, which usually take place face-to-face between the teacher and the student.

When the scandal emerged, the university released a very brief statement indicating that they were aware of the allegations and were taking them seriously but did not have any other comment to make.

British women’s rights activist Aicha Al-Khan has launched a petition on November 5, calling for Ramadan to be suspended from Oxford University.

“I sent them a letter asking them to suspend Tariq Ramadan’s post, until the light is shed on his case. They told me on Friday, November 3, in a long letter that I published on my blog, that they did not intend to suspend it, because the complaints had not been filed on British territory, that the procedures between the two countries were different, and Tariq Ramadan denied all these allegations against him,” she said to HuffPost.

Al-Khan speculated that Oxford fears that Ramadan would turn against it and accuse it of an unfair dismissal in case he is cleared of suspicion.

The Muslim intellectual has been teaching since October 2009 at Oxford’s department of Contemporary Islamic Studies, which came as a result of an agreement signed in 2009 between Oxford University and the Islamic Studies College of Hamad Bin Khalifa University (HBKU), based in Doha, Qatar. 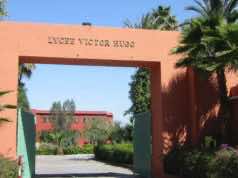