Rabat - Whether socially, economically or politically, Morocco’s recent reforms have allowed the country to “maintain its stability and resist shocks and crises,” said Head of Government Saad Eddine El Othmani while speaking at the 13th World Islamic Economic Forum (WIEF) in Kuching, Malaysia. 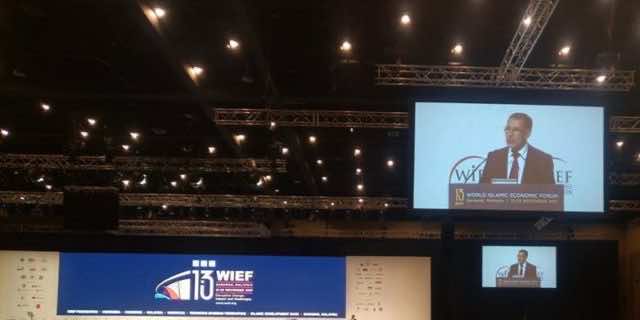 Rabat – Whether socially, economically or politically, Morocco’s recent reforms have allowed the country to “maintain its stability and resist shocks and crises,” said Head of Government Saad Eddine El Othmani while speaking at the 13th World Islamic Economic Forum (WIEF) in Kuching, Malaysia.

In the presence of world leaders and economic actors, El Othmani stressed on November 20 the “immense success of Morocco” in dealing with disruptive changes.

Explaining how the momentous uproar of the Arab Spring in the MENA region has not had the same adverse disruptive effect on Morocco, El Othmani stated that the kingdom “managed to design its own path based on reform within the framework of stability.”

In front of participants hailing from countries of all sizes, El Othmani stressed that “Morocco has been sharpening its inroads in democracy and good governance,” since 2011 constitution.

In a debt-ridden system, Morocco has made great efforts to maintain its economic stability, especially by sustaining its macroeconomic balances and carrying on with its public investment policy, which has contributed in reducing the impact of the recent global economic crisis.

“Morocco has adopted a strategy based on market economy and openness,” El Othmani said, leading the government to capitalize on entrepreneurship as “a key engine for development and employment” by facilitating entrepreneurial life and improving the business climate.

In doing so, Morocco maintained its position as the fifth major African economy throughout the millennium. In the 2017 World Bank’s “Doing Business” report, the kingdom came on top of North African countries, 3rd at the African level, and 4th in the MENA region.

As Morocco keeps its focus on entrepreneurship, the government is committed to make the economy “reach the top 50 economies in the same index before 2021,” said the head of government.

To expand social care, reform education, and reduce social and geographical disparities, Morocco has also embraced major reforms to improve its human development indicators “through the adoption of voluntary social policies and programs such as the National Human Development Initiative” launched in 2005.

The Head of Govt. did not shy away from illuminating the challenges economic and social development, including the educational system, water scarcity, sustainable development, renewable energies, encouraging innovation, alternative financing, and regional and continental integration.

For El Othmani, “the development of education quality, of skills development, and of the culture of entrepreneurship are essential to building capacities to overcome challenges.”

Aware of the severe shortage of its water resources, Morocco has adopted in recent years many policies on dam construction. The kingdom is also renewing its strategy in this field by managing water consumption, water transport systems, seawater desalination, rainwater collection, wastewater reuse, and high-quality water irrigation for agricultural purposes.

The world of tomorrow, including Morocco, will be characterized by major disruptions caused by climate change, demographic developments, and the high demand for energy.

As a preemptive process to overcome high demand for energy, Morocco has launched a number of ambitious and promising initiatives over the years, aiming to increase the share of renewable energy to 52 percent by 2030.

El Othmani also stressed the need to support initiatives and encourage innovation. “In order to face the increasing competitiveness in economy all over the world, it is necessary to support private initiatives and encourage innovation, especially to anticipate the rapid technological changes affecting all aspects of economic and social life, as well as education, health and the media,” said El Othmani.

He added that “in response to the requirements of the Moroccan market and being aware of the importance of alternative financing and the opportunities it offers for investment in different areas, our country has started working on this type of economic transaction, which is expanding at this moment in Islamic and non-Islamic countries.”

Further measures will be taken to provide the appropriate environment to cope with this expansion and to enable these funds to achieve the development expected, El Othmani added.

Morocco has been working to achieve regional and continental integration, especially with Africa, in order to achieve common profit and enhance states’ self-sufficiency.

On the other hand, this must be coupled with a strong policy of decentralization that would provide regions with the necessary flexibility and speed to adapt locally to major changes.