Rabat - “Panic!” at Tindouf Camps. Following the launch of Mohammed VI-A satellite on November 8, Algeria is blocking the movements of Polisario’s militias in the Tindouf camps, according to news daily Assabah. 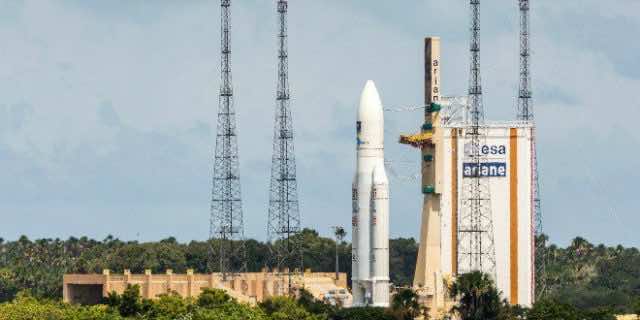 Rabat – “Panic!” at Tindouf Camps. Following the launch of Mohammed VI-A satellite on November 8, Algeria is blocking the movements of Polisario’s militias in the Tindouf camps, according to news daily Assabah.

After Morocco launched its high-tech intelligence satellite, the Polisario and its Algerian sponsor found themselves forced to change their strategy in managing internal issues in the Tindouf camps.

In its November 22 edition, Assabah revealed that the Algerian secret services have ordered the Polisario to freeze the operations of its militias, out of fear that the kingdom will obtain evidence of the separatist front’s violent involvement in the Tindouf camps.

According to the daily, Algiers has given strict instructions to Polisario leaders to avoid using weapons against protesters incarcerated in the Tindouf camps. Assabah explained that the Algerian regime is afraid Morocco will recover images that would prove the poor treatment of refugees and use them as leverage in the political conflict over the Moroccan Sahara.

For the time being, Algeria is in a race against time to deploy technological tools to scramble the signals of the Moroccan satellite and prevent it from taking pictures of the camps, their surroundings, and the Moroccan-Algerian border.

The news daily also revealed that, based on reports from specialized international organizations, Algeria’s soon-to-be-launched satellite is far from being limited to civilian objectives.

While the project was presented as being vital from a strategic point of view, Algeria’s satellite will indeed thwart the interception operations of communications by the Moroccan military satellite, according to Algerian news site Algerie Focus.

The Alcomsat-1 satellite will be launched from China and will primarily serve to meet the strategic needs of Algeria including security, reported Chinese media.

The machine, which will guarantee an Internet connection without interruption in all the regions of the country, seems to have been endowed with new capacities to counter the  Mohammed VI-A, explained Algerie Focus.