Rabat - The Moroccan-Russian bilateral ties were strongly highlighted in Rabat on Friday during the annual gala dinner in presence of Princess Lalla Hasnaa. 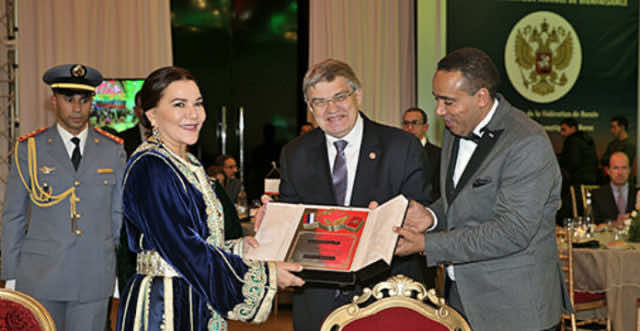 Rabat – The Moroccan-Russian bilateral ties were strongly highlighted in Rabat on Friday during the annual gala dinner in presence of Princess Lalla Hasnaa.

On Friday, the Princess chaired the annual gala dinner, which was co-organized by Russia’s embassy and the Diplomatic Foundation to support charity projects in Morocco.

During the evening, Valery Vorobiev, Russia’s ambassador to Morocco, hailed the organization of this charity ceremony, which has become an annual tradition organized by the foreign embassies in Rabat and the Diplomatic Foundation to fund projects for poor populations with the participation of diplomats, businessmen and artists.

The ambassador also underscored the Moroccan-Russian bilateral bonds, which have gained new momentum in all fields following the visit of King Mohammed VI to Russia in March 2016.

Abdelatif Habek, the president of the Diplomatic Foundation, expressed his gratitude to Princess Lalla Hasnaa for her support to this charity initiative and for her presence at this gala dinner. He recalled that this ceremony is organized in partnership with the Russian Embassy in Rabat, noting that this partnership is based on the solidarity and friendly relations between Morocco and Russia.

Habek also talked about the historical relations between the two countries under the enlightened leadership of the monarch and President Vladimir Putin, adding that the funds collected at the ceremony will benefit projects dedicated to women and children.

During the gala dinner, the Foundation’s shield was handed to Princess Lalla Hasnaa.

Upon her arrival, the Princess Lalla Hasnaa reviewed a detachment of the auxiliary forces that paid the honours and was greeted mainly by the Minister of Family, Solidarity, Equality and Social Development, Bassima Hakkaoui, Russia’s ambassador to Morocco, Valery Vorobiev, and the Wali of the Rabat-Salé-Kenitra region, Abdessamad Sekkal.

Princess Lalla Hasna then posed for a photo with artists and the organizing committee. 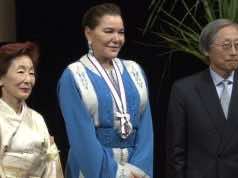 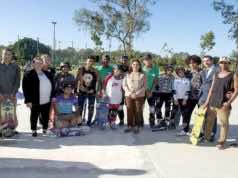 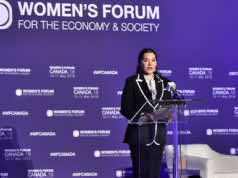 ‘Women are Heart of Actions on Climate Change’: Lalla Hasnaa