Rabat - It took a whole for Brahim Ghali, head of the Polisario, to comment on French President Emmanuel Macron’s assertion that the Sahara dispute should be solved through Morocco-Algeria dialogue. For the leader of the separatist Sahrawi mouvement, France ought to “respect the Charter and the resolutions of the United Nations and the African Union.” 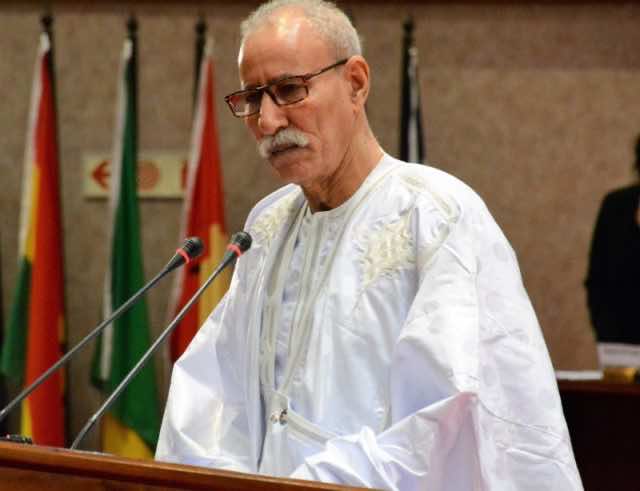 Rabat – It took a whole for Brahim Ghali, head of the Polisario, to comment on French President Emmanuel Macron’s assertion that the Sahara dispute should be solved through Morocco-Algeria dialogue. For the leader of the separatist Sahrawi mouvement, France ought to “respect the Charter and the resolutions of the United Nations and the African Union.”

So much meaning in so few words. During a speech delivered on December 8, at the launch of the 9th Congress of the Saguia El Hamra and Rio de Oro Youth Union, Ghali “warned” France against the use of a “unilateral approach” in the settlement of the Western Sahara conflict.

For the president of the self-proclaimed Sahrawi Arab Democratic Republic (SADR), this approach, “which ignores the realities, will not serve peace and cooperation in North Africa and the southern Mediterranean,” reports the agency APS.

Ghali added that the UN “has set the framework for the solution of the conflict in Western Sahara,” which is based on “respect for the principle of self-determination and the end of colonization.” The separatist leader said that “the two sides of the conflict are the Kingdom of Morocco and the Saharawi people.”

Last week, on the eve of his visit to Algiers, the French President said in an interview with Algerian daily El Khabar that he was in favor of opening a “dialogue between Morocco and Algeria around the Sahara issue.”

“The resolution of this crisis represents a major challenge for an integration of the Arab Maghreb,” expressed Macron. “I hope Morocco and Algeria will overcome their differences for the building of a strong, united and prosperous Maghreb.”

Macron stressed that this crisis, “which is the main cause of the economic deadlock of the region,” should be solved by Morocco and Algeria, “with the help of the international community.” At no time did the French leader mention the Polisario.

While Macron’s statements follow Morocco’s policy, one the kingdom defended for decades, it was not to the liking of the president’s hosts nor to the Polisario.

Macron’s position on the Sahara issue was in fact totally at odds with the line hitherto followed by his predecessors, who called for a “mutually accepted political solution between Morocco and the Polisario” or “to support the efforts of the UN Secretary-General’s personal envoy for the Sahara.”

In fact, the French leader tried to rely on both countries to come up with a solution. Because it is, according to him, “a problem mainly between Morocco and Algeria, that it is up to the two countries to settle.”