Rabat - Despite the existence of multiple anti-harassment campaigns and organizations, gender-based violence remains a challenging issue in Morocco. A study by the National Observatory on Violence Against Women has revealed alarming findings on this issue. 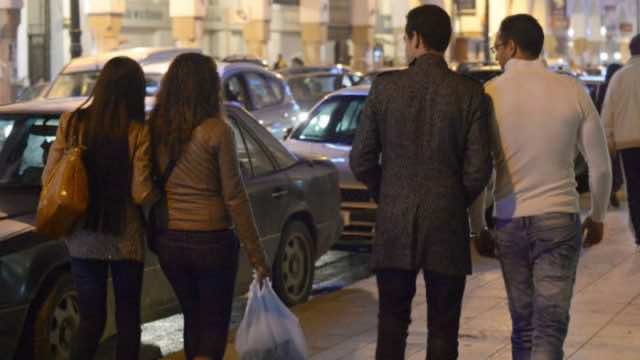 Rabat – Despite the existence of multiple anti-harassment campaigns and organizations, gender-based violence remains a challenging issue in Morocco. A study by the National Observatory on Violence Against Women has revealed alarming findings on this issue.

The Moroccan daily Al Akhbar reports that campaigns of awareness led by various organizations and the Ministry of Family, Solidarity, Equality and Social Development have still not reached an effective solution to eliminate or reduce gender-based violence.

According to a report issued in 2016 by the National Observatory, violence in public spaces represents 73 percent of all sort of struggles faced by women. This number represent an increase of 6.1 percent compared to a year earlier. The report was presented during the 15th national campaign against violence, under the theme of “violence against women in public spaces.”

The data came to consolidate the findings of a study by the High Commissioner for Planning (HCP), which confirmed that urban public spaces are the most dangerous places for women, reported the newspaper.

The HCP report added that out of a population of 5.7 million, 40.6 percent of women were victims of violent acts during the 12 months preceding the investigation. Psychological abuse, which is considered the most prevalent violence in Morocco, affects 1.9 million women.

Asked if awareness campaigns are still important to curb violence against women in public spaces, Bouchra Abdou, director of Tahadi Center which is affiliated to the the Tahadi Association, told Morocco World News that such initiatives are very essential, resulting in many men taking into consideration that women no longer tolerate such violent acts against them.

Every year, organizations and associations at the national level reveals alarming figures of violence against women,” said Abdou. “These numbers explains in a broden way how women and girls suffer in public spaces, which have become an unsafe for women.”

Abdou added that campaigns against violence in public spaces are very important for the Tahadi Association, which works to defend equality between the two genders. “We are trying to make women more confident about being an important part of the public spaces, as these places are for both men and women equally.”

The activist added that there must be a security approach in order to protect women from “all sorts of violence and discrimination.”

“There should be also a legal law that would protect women from violence, which would impose strict punishment to anyone violating this law.”

For Bouchra, women should continue this battle and never give up to defend their rights. Women should break their silence and never tolerate any kind of violence.

An investigation conducted by HCP after a graphic sexual assault in a public bus occured in Casablanca in August reveals that physical violence affects 808,000 victims, representing 14.2 percent of women. Concerning the attacks on personal liberty and sexual violence, the survey reveals that they affected 372,000 victims in urban areas.

Women aged between 18 and 20 represent 58.3 percent of women abused in the public sphere, followed by women aged 50 and 64 with 25 percent, reported the newspaper.

In November the Tahadi Association launched a campaign on both social media and public spaces to prevent secxual harrasement on public transportation in Casablanca. The association has also conducted a study about the prevalence of verbal and sexual abuse of women and girls on the city’s public transport.