Rabat - It appeared that 2017 will close with a third “political earthquake.” Driss Jettou, Head of the Court of Auditors is working on five reports that would bring down several leaders of Moroccan political parties, reported Moroccan daily Assabah. 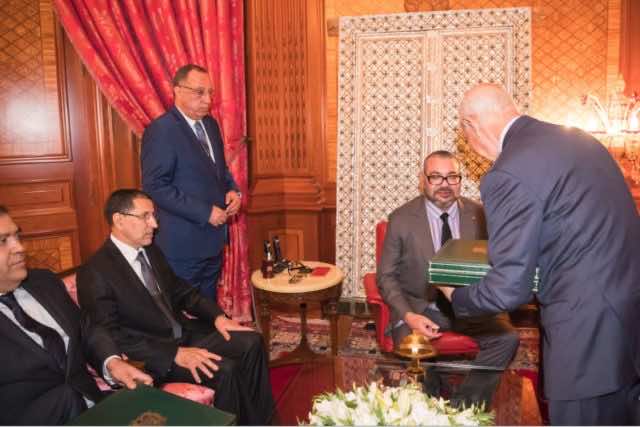 Rabat – It appeared that 2017 will close with a third “political earthquake.” Driss Jettou, Head of the Court of Auditors is working on five reports that would bring down several leaders of Moroccan political parties, reported Moroccan daily Assabah.

The newspaper reported on December 20 that the political earthquake, which shaken ministers and high public and government officials from their positions, will continue. Jettou is preparing to present five reports to King Mohammed VI.

These reports are the fruit of investigations conducted by the court to detect possible embezzlement of public money and budgets of social projects. Some officials will sacked for not giving convenient explanation for the use of public money.

Assabah said that the court will be following officials who were able to collect suspicious amounts of money in a short term of time.

The first report concerns the use of grants handed by the state to help finance campaigns for the municipal elections of September 4, 2015. The second investigation relates to the expenditure made by the candidates for the financing of their campaigns.

For the third report, it will be devoted to the results of the audit of political parties’ finances and the use of the money granted to them to support their operations’ expenses and those of their national congress.

The two remaining reports will concern the October 7th poll to elect members of the House of Representatives and the use of the money granted by Morocco to contribute in the finance of this election campaigns.

The dismissal of officials started in November, when King Mohammed VI ordered the sacking of three ministers and two high officials over the dysfunctions in the Al Hoceima development projects. The first dismissed bodies have not received any sort of punishment.

The second sacking wave took place on December 11, taking down 180 public and government bodies, including six secretaries general, a wali, and six governors.

On December 15, Assabah reported that several members of the Authenticity and Modernity Party (PAM) members are among people to be sacked in the third round of dismissals.

Presidents of regions and municipalities are also included in the list, as they could be responsible for mismanagement and dysfunctions in tackling projects. Subsequently, those government and public officials will be held accountable for their charges, added the newspaper.