Rabat- Students organized demonstrations on Wednesday to protest the detention of a teacher who was caught on video violently assaulting a highschool girl.

Rabat- Students organized demonstrations on Wednesday to protest the detention of a teacher who was caught on video violently assaulting a highschool girl.

The Court of First Instance in Khouribga, a city 123 kilometers southeast of Casablanca, ordered the detention of the teacher on Tuesday.

The older male teacher, who appeared striking and cursing at his student during class in the viral video, admitted to charges against him and remains in detention.

A member of the victim’s defense committee, Idriss Harach, told Hespress news site that the girl threw chalk on the teacher who beat her.

The girl’s father utterly refused to withdraw her complaint, despite Harach’s attempts to find common ground between the two parts, as the incident coincided with the holy month of Ramadan, Harach informed the same source.

In protest against the court’s order, many students of Imam Malik Highschool where the violence took place, gathered in front of the court calling for the teacher’s release while chanting insults at the assaulted girl.

Harach noted that the demonstrations siding with the teacher further eliminated the possibility of reconciliation between the girl and her assailant.
The teacher’s arrest immediately followed the posting of the video that circulated online on May 19 and fueled the anger of social media users calling for his arrest. In response, the Moroccan public has questioned the role of the Ministry of Education and the fate of Moroccan education, in the face of rising reports of violence against students and teachers alike.

Minister of Education, Vocational Training, and Higher Education Said Amzazi denounced the act of violence on Monday and said that it contradicted the morals and values of education. 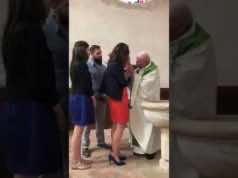 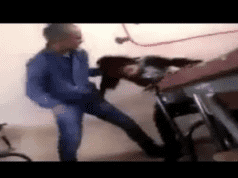