Rabat - Among the dramatic changes that Morocco’s waves of protests and customer boycotts that have brought about in the market of dairy products is the remarkable decline in Central Danone’s sales. 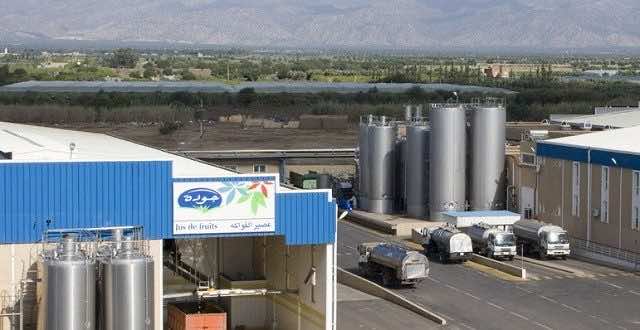 Rabat – Among the dramatic changes that Morocco’s waves of protests and customer boycotts that have brought about in the market of dairy products is the remarkable decline in Central Danone’s sales.

However, Copag, the principal beneficiary of Central Danone’ downfall, is being suspected of using synthetic milk in the making of its dairy products.

In its latest statement following seven weeks of boycott, Central Danone declared a sharp decrease of 50 percent in its market share, a major consequence being the rise to prominence of the company’s hitherto minor competitors. Of all the competitors, however, Copag has been declared the most visible winner, with the company reported to have increased its market share by more than 20 percent.

According to a recent study conducted by Kantar, a global leader in Data Investment Management, Central Danone’s market share experienced a marked fall, decreasing from 46.7 percent in late April to its current level of 18.3 percent.

Meanwhile, Copag’s sales spectacularly increased from 24.1 percent to 33 percent over the same period. The study noted that there were even times when Copag’s share hit 38 percent. Most of these changes, the Kantar study added, occurred particularly at the peak of the boycott campaigns in the first weeks of May.

Other brands of dairy products such Jibal and Colaimo have also improved their sales, the study also found; but it maintained that the figures show that Copag is the unrivalled emerging leader currently occupying Central Danone’s position.

And whereas Copag’s adaptability through quick and effective strategies to claim Central Danone’s place have been identified by some as the primary factor for its rise, others—the majority, in fact—are questioning the company’s sales and production strategies, Moroccan outlet Medias 24 reported earlier this week.

Accusing Copag of suing “illegal and unethical” practices, critics have explained that the company’s stock of fresh milk cannot account for  its current sales level, especially given figures that indicate unparalleled improvements in the company’s market share.

For Copag’s critics, the only explanation for the producer’s recent rise is the use of unconventional and unauthorized means to meet the market’s demand. They cite reports that reports of Central Danone’s decision to reduce its purchase of fresh milk.

This has considerably made breeders worse off, with the national association of breeder said to have publicly complained about the sharp fall in the purchase of fresh milk. For all these reasons, critics have claimed, the sole conclusion is that Copag has resorted to using synthetic rather than fresh milk to produce the dairy products it has been selling since it claimed Central Danone’s position in the market.

Based on these findings, an anonymous source reportedly told Medias 24 that “While Copag’s purchase of fresh milk should have increased given its current sales level, the company has kept the same quantity during the same period”. What is more, the same source added, “They [Copag] even declined the offer to purchase the unclaimed quantity that would have normally gone to Central Danone.”

While Moroccan law accepts milk powder as an ingredient for making products such as biscuits and Yogurt for example, it criminalizes the use of the same product to produce milk. And so, critics are adamant that Copag should be held accountable.

Some critics noted that although the “illegal practice” of resorting to milk powder was scantily used by all milk producers, it has become a tradition since Copag rose to prominence.

During a radio broadcast on Chada FM on June 6, ABdellah Mekkaoui, president breeders’ association of Tadla, a region in central Morocco, said that the “illegal practice” has “unfortunately been used by many producers in the past three years.”

Asked about the possibility of selling Central Danone’s part of the stock of fresh milk to Copag, the vice-president of Morocco’s national association of breeders (Fenepol) allegedly claimed that such a move “is not something that you decide overnight,” as there are scores of steps and procedures to follow, not to mention legal and administrative hurdles.

For those sympathetic with Copag , however, this is all a defamation campaign by some powerful and members who are not happy with the company’s new status as the leader of a market which has for so long been dominated others. “Why are they raising this issue just now while everyone knows that it was wide currency, especially during Ramadan periods? Why Copag?” have been reported to have asked.

“We do not work in the dark,” said Copag’s director M’hammed Loultiti when asked about the company’s position on the prevailing controversy. Loultiti added that the company is open to any inspection missions by relevant authorities. He concluded that his company’s recent level of “extraordinary results” is due to efforts and “a jihad” that have been going on for the past three decades. 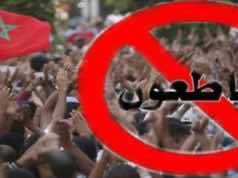