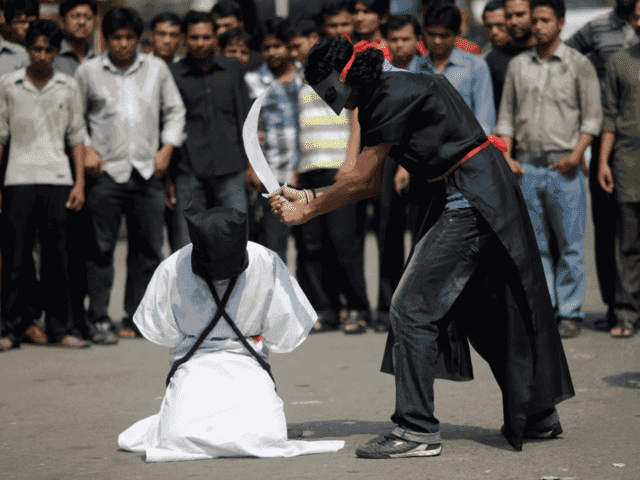 By
Tarek Bazza
-
Tarek Bazza is a journalist at Morocco World News with Master’s degree in Translation from King Fahd School of Translation in Tangier.
Jul 19, 2018
Spread the love

Two Saudi citizens and three Chadian nationals were executed for the abduction and murder of a Pakistani security guard while they were trying to rob the warehouse he was guarding, according to SPA. Another Saudi citizen was executed for killing a man by setting him on fire.

In addition, a Lebanese national was executed in Tabuk Region “for smuggling a quantity of prohibited amphetamine pills,” SPA said.

Amphetamines are used along with theophylline in making psychostimulant drugs such as Captagon. It is highly addictive and became illegal in most countries in 1986.

“The Ministry of Interior affirms that the Government is keen on combating narcotics warning anyone who tries to commit such actions to be punished according to Islamic Sharia,” the same source added.

In an interview with Time Magazine, Crown Prince Mohammed bin Salman suggested that his country could change death sentences to life imprisonment in some cases, with the exception of murder.

Human Rights Watch (HRW) said on April 25 Saudi Arabia has executed 48 people since the beginning of 2018; half of them involved drug crimes.

“It’s bad enough that Saudi Arabia executes so many people, but many of them have not committed a violent crime,” said Sarah Leah Whitson, Middle East director at HWR. “Any plan to limit drug executions needs to include improvements to a justice system that doesn’t provide for fair trials.”

HRW said that it has many cases in which defendants sentenced to death received unfair trials.

The kingdom was reported to be one of the top executioner countries in the world, with more than 2,000 people executed between 1985 and 2016.