Rabat- Saudi Arabia has acknowledged its neglect of Moroccan pilgrims on Hajj, claiming that they were not the only ones affected. 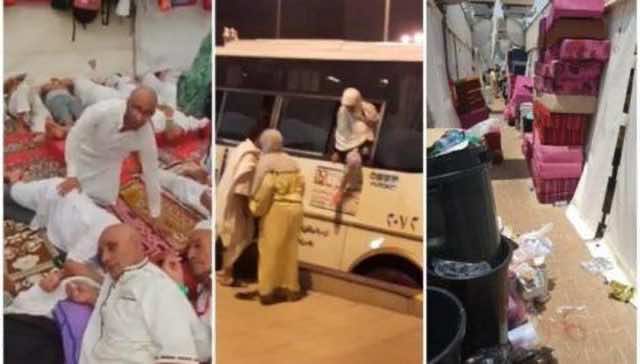 By
Ahlam Ben Saga
-
Ahlam Ben Saga is a Cultural Studies graduate from university Mohammed V of Literature and Humanities in Rabat.
Aug 29, 2018
Spread the love

Rabat- Saudi Arabia has acknowledged its neglect of Moroccan pilgrims on Hajj, claiming that they were not the only ones affected.

Saudi Arabia’s National Tawafa (pilgrimage guide) Establishment for Pilgrims of Arabian Countries explained on Tuesday, August 27, that the overcrowding in camps at Mina, 5 kilometers to the east of Mecca, affected all pilgrims and not just Moroccans alone.

The official statement, given to Morocco’s state owned press, Maghreb Arab Press (MAP), pointed out that Saudi Arabia has been working for years to find a solution to the problem of accommodations in Mina camps, an important site on the Hajj.

As for the transportation crisis, especially the 13 kilometers between Arafat and Muzdalifah, two parts of the pilgrimage, the pilgrimage guide said the problem was caused by attempting to transport two groups of pilgrims on each bus instead of securing buses for each separate group.

The National Tawafa noted that implementing the solution would have meant additional costs.

In videos posted online last week, Moroccans complained of poor nutrition due to lack of food on Hajj. Responding to the complaints, the National Tawafa stressed that for every Hajj season, it hires licensed companies responsible for food safety to provide healthy meals to all pilgrims during pilgrimage.

The National Tawafa stated, “It is impossible for the establishment to respond to the different dietary habits of pilgrims, despite its efforts to provide suitable meals.” The body pledged to continue to work with Morocco to improve the Hajj experience for pilgrims.

Hajj 2018 did not go smoothly for Moroccans

The statement comes after the emergency meeting held between the National Tawafa and the Moroccan delegation in Mecca on August 25 to review the “malfunctions experienced in this year’s Hajj season with regard to food and housing and Mina and transportation to Arafat.”

Some Moroccan pilgrims complained about their hardships in Mecca due to non-existent management, leaving them hungry, without transport and shelter.

A video was posted on social media showing distressed Moroccans rueing their inability to perform Hajj rituals, such as the “stoning of the devil,” a major rite, because there were “no delegates or coordinators” to guide them.

At first, Morocco’s Ministry of Islamic Affairs stated that “some allegations reported by some media outlets” regarding the conditions of Hajj for Moroccan pilgrims were “lies dating back to previous years,” insisting that the accommodations in Hajj for Moroccans were satisfactory.

It was not long before the ministry announced that it recognized the pilgrims’ struggle.

In turn, Moroccan MPs, taken aback by the videos and photos of distressed pilgrims, demanded explanations for the allegations.

Justice and Development (PJD) party member Nabil Andaloussi wrote to the minister of Islamic affairs, Ahmed Taoufioufiq, questioning the real accommodations for Moroccan pilgrims, whereas member of the Party of Authenticity and Modernity (PAM), Ibtissam Azzaoui, requested a meeting with Taoufiq.

“The suffering of Moroccan pilgrims at the sacred sites is unacceptable. I vow to communicate to the minister all forms of mismanagement and struggle experienced by Moroccan Hajj pilgrims in the holy sites,” she stated in a Facebook post on Tuesday.