Rabat - DGAPR launched Idmaj, the first radio in the MENA region dedicated for prisoners in the Casablanca Oukacha prison. 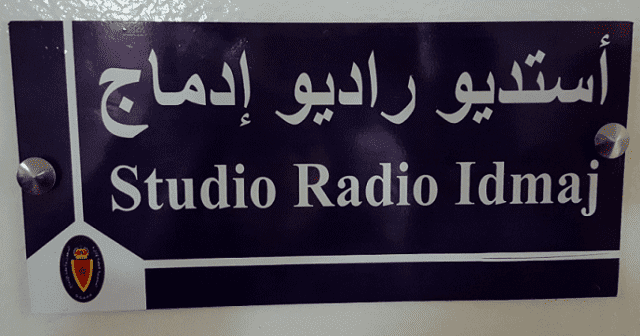 Rabat – DGAPR launched Idmaj, the first radio in the MENA region dedicated for prisoners in the Casablanca Oukacha prison.

The radio station is the fruit of a collaboration between the General Delegation for Prison Administration and Reintegration (DGAPR), the British embassy, and Penal Reform International (PRI).

The British ambassador to Morocco, Thomas Reilly, attended the launching ceremony. In a Twitter post, Reilly wrote that he visited Oukacha for the “launch of Idmaj, first ever prison radio project in the Middle East & North Africa region.”

visited Oukacha prison in #Casablanca for launch of first ever prison radio project in the Middle East & North Africa region. impressed by professionalism of prison staff & by project. Delighted the #British Embassy is working with @PenalReformInt on this project. #UK #Morocco

The ambassador also said he was “impressed by professionalism of prison staff & by project. Delighted the #British Embassy is working with @PenalReformInt on this project.”

The UK embassy is funding the Radio Idmaj in collaboration with DGAPR and PRI’s MENA section, according to the British embassy.

The project is also part of the rehabilitation programs and “efforts to increase prisoners contact with the outside world,” wrote the embassy.

Idmaj Radio will offer prisoners and prison staff the opportunity to address issues “related to prison, offering & rehabilitation,” the embassy said in a tweet.

The radio will be first broadcast in Oukacha prison and will then be launched in other prisons, according to local media.