Rabat- King Mohammed VI has decorated Hicham Elfaquih, a teacher known as “super prof” at a presentation ceremony on education. 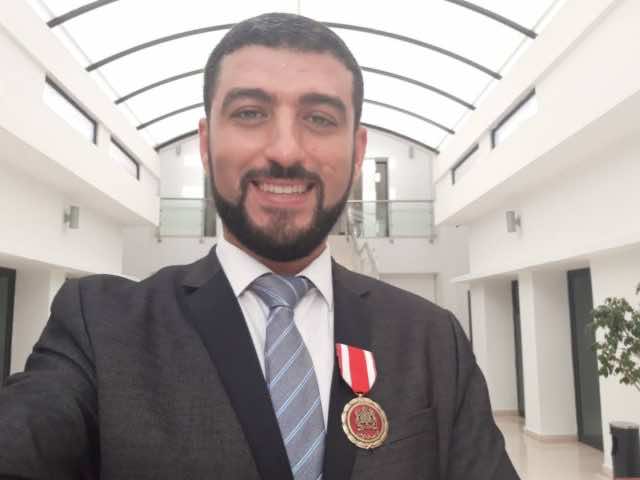 By
Ahlam Ben Saga
-
Ahlam Ben Saga is a Cultural Studies graduate from university Mohammed V of Literature and Humanities in Rabat.
Sep 18, 2018
Spread the love

Rabat- King Mohammed VI has decorated Hicham Elfaquih, a teacher known as “super prof” at a presentation ceremony on education.

During the ceremony on Monday at the Royal Palace of Rabat, the King honored Elfaquih with a royal decoration,“wissam of merit,” along with 18 other professors and officials from the Ministry of Education.

Elfaquih wrote on his Facebook page on Monday: “Thank you, your majesty. Today, his majesty King Mohammed VI  bestowed me with a royal decoration of merit. I gift this wissam to my parents, siblings, and Elfaquih family.”

Elfaquih is a teacher at Binti primary school in the capital of northern Rif region, Al Hoceima. Elfaquih’s positivity and kindness to children have won over many Moroccans who deem him an “exemplary” teacher who loves his job.

The school’s lack of resources did not discourage Elfaquih from doing the job he loves. The young man took the initiative to create a fun and comfortable environment for his students who had never left their villages before.

Videos and photos of the young teacher circulated on social media in June, capturing the bonding moments between him and his students and showing how he transformed their lives with small but impactful gestures.

Elfaquih painted the classroom with vivid colours to make school more exciting, organized excursions around the region, taught the students how to brush their teeth, bought them clothes, and hosted occasional classroom parties and educational activities that were unfamiliar to the students before.

Elfaquih’s decoration took place only a week after the minister of education, Said Amzazi, received him on Monday, September 10, to congratulate him for his dedication to his job, granting him an honorary certificate. 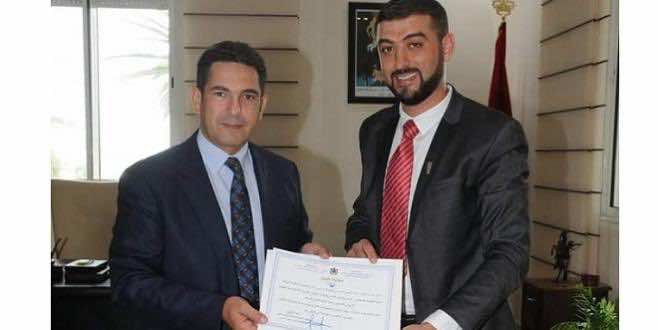 The meeting was also an opportunity to discuss the conditions of schools and teachers in rural areas of the country, reported Moroccan news outlet, L’Economiste.

A ceremony amid Darija controversy

Speaking before the King during the ceremony, Amzazi stated that the program is in line with the King’s speeches delivered for Throne Day on July 29 and on the Day of the Revolution of the King and the People on August 20.

The program was “to present [the King with] the report and executive program on supporting schooling and implementing the reform of education and training,” reported Maghreb Arab Press (MAP).

In his recent speeches, the monarch gave special notice to education. The King has ordered the government to “give strong impetus to school enrolment programs and combat school dropout” starting this academic year.

The King also signed three partnership agreements. Mohamed Benchaaboun, minister of economy and finance, and Amzazi signed the first agreement on the development of the Tayssir program, boarding schools, and school cafeterias. The Tayssir program is provisional social measures which could make education reforms bear fruit.

The second agreement was on the establishing of two vocational training centers in health professions in Rabat and Casablanca.

It was signed by Benchaaboun, Amzazi, Minister of Health Anas Doukkali, and Loubna Tricha, director general of the office of vocational training and labor promotion (OFPPT).

The event also comes after the recent debate over including some Darija (Moroccan Arabic) words in Arabic school books.

The controversy started at the beginning of the 2018-2019 school year, earlier in September.

Citizens fiercely complained to the government and Ministry of Education for including Darija. Head of Government Saad Eddine El Othmani has said that the government might give up on the controversial school books.