Rabat- A Spanish government official has urged her Moroccan counterparts to “dismantle the myth” of the “European dream.” 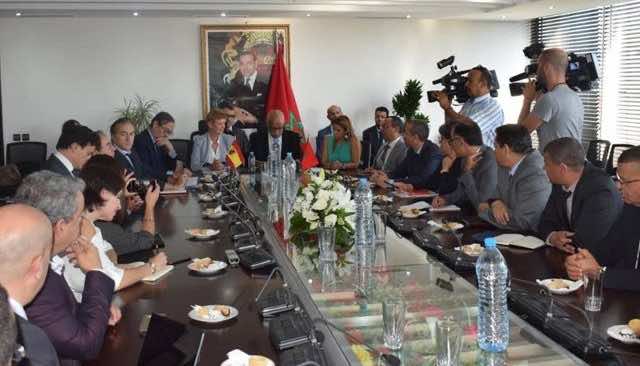 Rabat- A Spanish government official has urged her Moroccan counterparts to “dismantle the myth” of the “European dream.”

Maria del Consuelo Rumi Ibanez, the Spanish state secretary on immigration, made her remarks on Tuesday, October 2, while on an official visit to Morocco.

Ibanez, who during her visit spoke with a number of Moroccan ministers, emphasized the “strong and historic” bilateral ties between the two countries. On the hot-button topic of migration, she suggested that Morocco dismantle “all the illusions and lies” of a European paradise.

Europe, she allegedly told her Moroccan counterparts, is no longer what it used to be, and immigration to the continent no longer brings the socio-economic advantages it brought to earlier generations.

“The European dream does not exist,” she stressed.

“Emigration is not the solution because the journey of irregular migrants often ends badly,” she said.

There are now heightened risks to living in Europe as an irregular migrant, she explained.

Moroccans not eligible for political asylum

According to estimates from Spain’s Ministry of Interior, Moroccan nationals make up the highest number of the 38,000 migrants believed to have entered Spain in 2018.

Claiming to have come from the Rif region in northern Morocco, where they report facing economic hardship and socio-economic marginalization, the majority of Moroccan migrants applied for political asylum status once they reached Spain, Ibanez noted.

However, she added, Moroccan nationals’ applications for political asylum are generally rejected because Spain does not consider Moroccans political migrants or refugees.

In addition to the thousands of sub-Saharan Africans using the North African kingdom as a transit country to reach Europe, local youth in northern Morocco are reported to be massively opting for the “European dream.”

There is among Moroccan youth “a visceral urge to leave” the country and its persisting cycles of poverty, lack of political accountability, and corruption, renowned Moroccan novelist Tahar Ben Jelloun wrote in a recent column.

Last week, news of the Moroccan Royal Navy firing at a migrant boat provoked uproar on social media and waves of anti-government demonstrations in Tetouan, a northern city. The navy gunfire killed Hayat Belkacem, a 20-year-old Moroccan from Tetouan.

Although the Moroccan government has said that it regrets the tragedy, its spokerson, Mustapha El Khalfi, said that Morocco is uncompromising in the fight against illegal migration and mafia networks trafficking humans off Moroccan waters.

However, many Moroccans have heavily criticized the Moroccan navy for opening fire. Some have even slammed the Moroccan government as a whole, saying that it kills its own citizens, is unable to create incentives for them to stay at home, and yet is determined to prevent them from looking for opportunities elsewhere.