Rabat- Islamic scholar Tariq Ramadan has admitted to playing “sex games” with two women in France who accuse him of sexual assault. 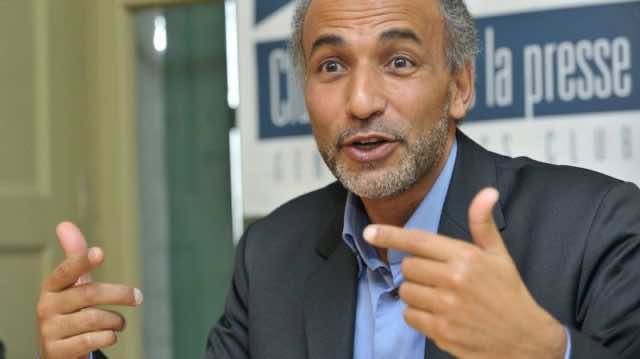 By
Ahlam Ben Saga
-
Ahlam Ben Saga is a Cultural Studies graduate from university Mohammed V of Literature and Humanities in Rabat.
Oct 23, 2018
Spread the love

Rabat- Islamic scholar Tariq Ramadan has admitted to playing “sex games” with two women in France who accuse him of sexual assault.

The 55-year-old Swiss Islamic scholar, Oxford University professor and television pundit confessed on Monday that he had consensual “submissive-dominant” relations with the two women.

Ramadan’s lawyer, Emmanuel Marsigny, told the press in Paris that the scholar had “relations akin to sex games of the submissive-dominant kind, but always in a consensual and knowing way.” He added that Ramadan is “relieved” and can “finally speak freely.”

For a year, Ramadan has denied having any sexual relations with the women.

Marsigny asserted that investigators found text messages on the two women’s phones that prove the sexual relations were consensual.

Jonas Haddad, a lawyer for one of the plaintiffs, Henda Ayari, told international news outlet Reuters: “It has been one year now that Mr Ramadan’s defendants have been playing tricks to save his cause.” Ayari claims Ramadan raped her in 2012.

Haddad added: “But the truth is that he lied from the beginning of this case by denying he had sexual relations and that it took one year to confess.”

“Will it take him another year to confess the rest?” Haddad questioned.

In October 2017, Henda Ayari went public with a rape complaint against the professor.

A French court indicted Ramadan in February on charges of rape, including rape of a “vulnerable person.”

On September 18, 2018, Ramadan confronted another accuser going by the name “Christelle,” who said that he raped her in 2009 in a hotel room in Lyon, southeastern France. The court meeting lasted 10 hours.

Christelle accused Ramadan of having raped and beaten her during their only meeting in in 2009, and Ayari, the first complainant, accused him of having abused her in a hotel in Paris in 2012.

Ayari’s brother contradicted her story in July, showing investigators pictures of her celebrating his wedding on the night she claimed to have been raped.

In June, a third woman filed a complaint against the Islamic scholar with a similar story. If the rape charges are proven, the scholar could face up to 15 years in prison.