Rabat - Morocco is planning to sell shares in Marrakech’s La Mamounia hotel to the private sector. La Mamounia’s value is expected to be more than MAD 3 billion.

By
Tarek Bazza
-
Tarek Bazza is a journalist at Morocco World News with Master’s degree in Translation from King Fahd School of Translation in Tangier.
Oct 30, 2018
Spread the love

Morocco is planning to sell shares in Marrakech’s La Mamounia hotel to the private sector, according to a draft addendum to the 2019 Finance Bill.

The finance department drafted an amendment to the 1989 privatization law, reported L’Economiste Monday. The updated bill will be scheduled for discussion at the next government council November 1.

Two sources “familiar with the plan” have confirmed that the Moroccan government plans to sell a 51-percent stake in the luxurious La Mamounia hotel next year, reported Bloomberg.

“The government is expected to fix a minimum price and invite bids sometime in 2019,” according to Bloomberg.

La Mamounia’s value is expected to be more than MAD 3 billion, a source familiar with the plan told L’Economiste. The assets of the sale would “serve to amortize the [state] debt and improve the institution’s cash flow,” the source said.

Economy minister Mohamed Benchaaboun estimated that the treasury’s deficit in 2018 would end at 3.8 percent instead of 3 percent of GDP as planned for in the 2018 Finance Bill.

Without revenue from privatization, the budget deficit is expected to stay almost flat at 3.7 percent in 2019.

Benchaaboun said that Morocco will privatize some public companies to help reduce the budget deficit to 3.3 percent of GDP in 2019.

The La Mamounia decision comes to improve the governance of public companies and increase state resources.

“The hotel had stopped distributing dividends to shareholders for eight to 10 years through 2017, mainly because of the repayment of loans obtained to fund a major overhaul, Marrakech Mayor Mohamed Larbi Belkaid told Bloomberg.

La Mamounia hotel is a prestigious hotel known worldwide. It was built in 1923 and received a makeover at the hands of French designer Jacques Garcia in 2009.

The hotel has earned many awards since its reopening in 2009.

In February, interior design magazine Architectural Digest listed La Mamounia among the “7 Most Historically Significant Hotels in the World.”

Many worldwide celebrities have visited La Mamounia. Winston Churchill was a frequent visitor of the hotel, and he described it as “one of the most beautiful places in the world” to Franklin Roosevelt in 1943, wrote the Architectural Digest.

The privatization is part of the actions that the government plans to restore state coffers to avoid an increase in the budget deficit.

In addition to La Mamounia, the Moroccan government also plans to privatize the Tahaddart thermal power station in northern Morocco.

The Tahaddart site opened in 2005 in the Tangier region and has a capacity of 385 megawatts. Shareholders include the Moroccan National Office of Electricity (ONEE), the Spanish Endesa company and Siemens.

According to L’Economiste, ONEE owns 48 percent of the station, Endesa 32 percent and Siemens 20 percent. The Tahaddart station building cost MAD 3 billion to build. 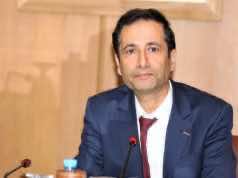 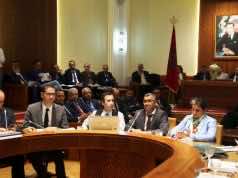