King Mohammed VI has emphasized the importance of shared responsibility to tackle migration challenges and its role in Morocco’s political agenda. 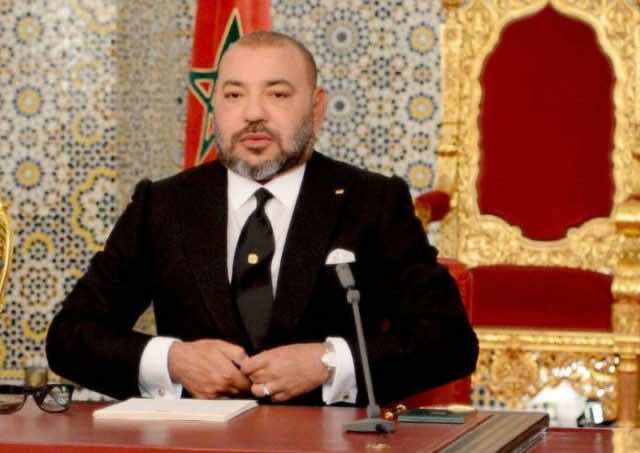 Rabat – King Mohammed VI addressed a message to the leaders and representatives of the countries taking place in the intergovernmental conference on migration in Marrakech on Monday.

Read by Morocco’s Head of Government Saad Eddine El Othmani, the King’s message emphasized Morocco’s commitment toward migration and the need for shared responsibility as a principle to tackle migration challenges.

He dedicated the first lines of his message to thanking and welcoming  leaders to Marrakech and Africa.

“What more symbolic venue could there be for this landmark event that has brought us together today than Africa – the cradle of the first human movement – than Morocco, an origin, transit, and destination country, and, finally, than Marrakech – its timeless melting pot?” he said.

King Mohammed VI also expressed pride in Morocco being chosen to host the event: “I say ‘pride’ because the international community has chosen to convene this global even in the kingdom of Morocco and humility, given the magnitude the issue, of what has already been achieved and of what is still to be done.”

The monarch also said that Morocco’s efforts throughout the years to tackle migration are “neither recent nor incidental.”

The King emphasized Morocco’s “longstanding, voluntary commitment expressed through a policy which is humane in its philosophy, global in its substance, pragmatic in its methodology and responsible in its approach.”

The King then recalled his African Agenda on Migration, which was unanimously adopted by the African Union Conference in January 2018.

When introduced to the AU through a message read by El Othmani at the 30th AU Summit, the King described the agenda as a “flexible, scalable, and legally non-binding document.”

In his message to the AU, the King said that migration should be seen as a “natural phenomenon” and should be celebrated.

“We should adopt a positive stance on the issue of migration by highlighting the humanistic rationale of shared responsibility and solidarity.”

Today in Marrakech, the sovereign reiterated his message, emphasizing that Africa should not be the subject of the Global Compact, but the African continent “will be an actor—a key one.”

He said that the African agenda has been playing a “pioneering role, anticipating the importance of being aware of migratory dynamics, something which has been acknowledged by the global compact.”

The King concluded his message by calling for solidarity-based sovereignty, multilateralism, and a shared responsibility to face migration challenges.