The call repeats warnings made in a statement by the Algerian army chief warning protesters against delays to the upcoming elections. 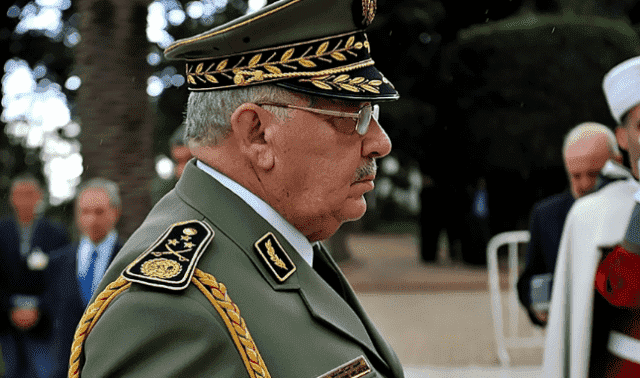 Rabat – Algerian army chief Gaid Salah has once again called on  protesters to engage in a dialogue with the interim president to end the major  crisis in Algeria in the wake of the resignation ofAbdelaziz Bouteflika.

On Tuesday, the army chief called for “mutual concessions” between the interim government and demonstrators, who have been calling for a radical change since February 22.

Gaid Salah stated that the priority for the unrest to be solved is to “move towards a productive  dialogue that will help our country,” according to APF.

The army chief also warned against any delay in the election, scheduled by the interim government for July 4.

The Defense Ministry said: “Establishing dialogue means the willingness of all to listen to each other… and a sincere desire for the need to find appropriate solutions without delay.”

Gaid Salah also referred to  the Algerian civil war of 1990, urging the protesters to learn from “previous experiences and past events.”

“The Algerian people do not want to forget” the bloody civil war that tore apart Algeria “in the 1990s,” he said, calling for “lessons from previous experiences and past events” before repeating that he has “no political ambition”.

May 24 marked the 14th week of protests across Algeria.  Throughout the protests, demonstrators have carried banners and Algerian flags, opposing the July 4 election.

This is not the first time when Gaid Salah called for a dialogue with protesters.  Amid the unrest, Algeria’s military chief Gaid Salah has warned protesters against election delay once before.

“Holding a presidential election could help [Algeria] avoid falling into the trap of a constitutional void, with its accompanying dangers and unwelcome consequences,” Gaid Salah said last week.

The Algerian government  also deployed hundreds of police officers to “surprise” the protesters.

“The FFS strongly dencounces the systematic repression and violence used this morning by those in power against protesters and those who want to rally [in] the capital to march peacefully.”

The party demanded  that all individuals under arrest be released immediately.