At the 31st AU Summit in July in Nouakchott, the AU heads of states endorsed the proposal by Moroccan King Mohammed VI to set up an African migration observatory in the kingdom. 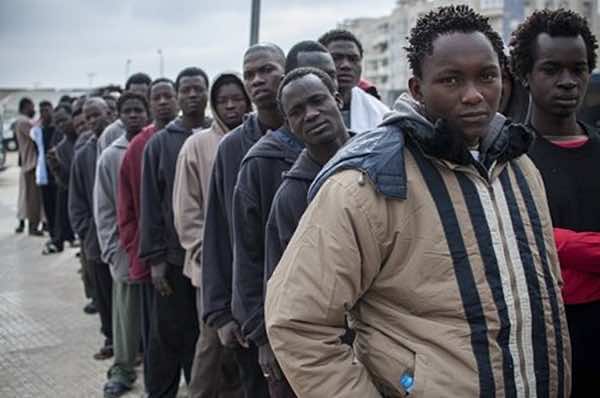 Rabat – The Moroccan House of Representatives signed a draft law to set up the Headquarters of the African Observatory for Migration and Development (OAMD) in Rabat on Wednesday.

As indicated by this draft law, the OAMD will embrace the assignment of gathering data and developing its trade while also encouraging coordination among African nations on migration issues.

The foundation of this observatory was recommended a year ago by King Mohammed VI of Morocco when he served as the African Union (AU) administrator on the issue of movement.

In July 2018, the AU heads of state supported the ruler’s proposition.

The signing of the agreement

Morocco and the African Union (AU) consented to an arrangement on Monday to set up the Headquarters of the African Observatory for Migration and Development (OAMD) in Rabat.

The agreement was marked by the presence of Moroccan Foreign Minister Nasser Bourita and Chairman of the AU Commission Moussa Faki Mahamat on the sidelines of a UN Intergovernmental Conference on Migration held in  Marrakech.

At the 31st AU Summit in July in Nouakchott, the capital of Mauritania, and the AU heads of states supported the proposition by King Mohammed VI.

“The Observatory offers an important tool for analyzing the phenomenon of migration and obtaining reliable statistics that are specifically African,”Faki told the press.

For Bourita, the OAMD is the start of the implementation of the Global Compact for Migration, which emphasizes that better information will prompt better management.

Over 150 nations received the Global Compact for Safe, Orderly and Regular Migration at the UN intergovernmental gathering in Marrakech on Monday.