Many Moroccans have denounced the extremist rhetoric of some of the girls’ critics, warning about the negative impact on the country’s reputation for openness.

Rabat – A leftwing Moroccan political party, the Party of Progress and Socialism (PPS), has issued a statement requesting a public apology for what it sees as the indignity and unfair criticism that a group of young Belgian volunteers recently faced from conservative circles in Morocco.

News went viral earlier this week of a group of young girls from Belgium doing volunteer work paving a road in a village in the province of Taroudant, in southern Morocco.

In a region deemed conservative, the girls’ attire sparked controversy.

Footage that circulated online showed the young girls in shorts and t-shirts as they put cement on a street. Many conservative Moroccans felt offended by the girls’ choice of attire , saying it was inappropriate and offensive.

In the girls’ defense, PPS says that the criticism the group faced was unfair and unworthy of Morocco’s democratic aspirations. According to the Moroccan party, the North African country has seen enough progress and political reforms in the past years for people to dress as they see fit.

“In addition to harming our country’s reputation and the progress we have made in terms of individual freedoms, peaceful coexistence, and openness, these kinds of declarations constitute a deliberate incitation to extremism and the rejection of the other,” PPS’ statement said of the tide of criticism the girls encountered.

For the leftist party, Morocco has chosen to project itself as an anchor of individual liberties and a safe place for diversity. While conservatives should be entitled to their way of life or life choices, the country’s recent reforms and aspirations to consolidate its democracy required them to respect others’ choices as well, according to PPS.

The statement also pointed out that the type of judgment and public shaming the young Belgian volunteers experienced may discourage similar volunteering initiatives.

The outsized condemnation of the girls’ attire and attitude is an indirect attack on the values and cultures of where they came from, PPS suggested.

This, the statement went on to add, may sabotage Morocco’s thriving tourism industry as well as the country’s reputation for facilitating cultural exchanges and building social bridges. “The people who made those comments should take them back and publicly apologize,” PPS concluded.

While PPS is perhaps the first major organized body to rise to the girls’ defense in an official statement amid tense controversy, the party’s points had already been raised by many Moroccans who have denounced the extremist rhetoric that some of the girls’ critics used.

A member of Morocco’s ruling Islamist party faced backlash for appearing to use religious language to jibe at the girls and question the sincerity of their volunteering. But more telling was the reaction to the comments of a 26-year old school teacher who called for beheading the girls.

Like PPS, many Moroccans warned that such extremist comments could harm Morocco’s reputation for openness, tolerance, and hospitality, and therefore scare off prospective European or Western travelers. 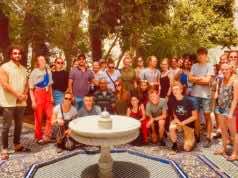 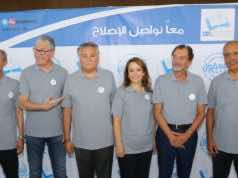