To mark the 40th anniversary of the recovery of Oued Eddahab on August 15 the Wali of the region launched Several socio-economic development projects. 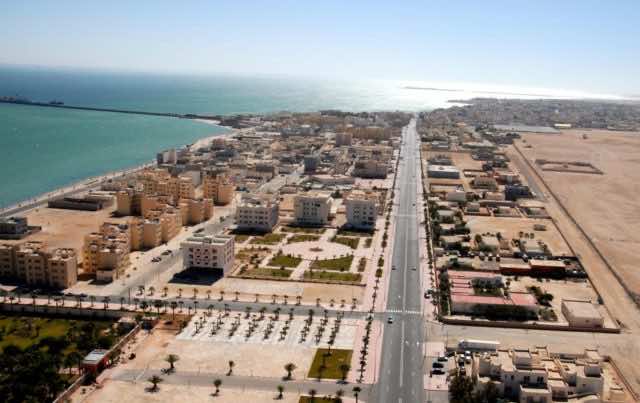 By
Kawtar Ennaji
-
Kawtar Ennaji is a journalist and translator at Morocco World News, MA holder from King Fahd School of Translation
Aug 16, 2019
Spread the love

Rabat – On August 15, the 40th anniversary of the recovery of Oued Eddahab, the Wali of the region of Dakhla-Oued Eddahab launched and inaugurated several development projects in Dakhla.

The projects are part of the implementation of the Southern Provincial Development Program (2015-2021).

The Wali, Lamine Benomar, accompanied by a number of elected officials, local officials, and civil and military personalities, attended the inauguration of the new Dakhla corniche which cost MAD 14 million.

He also reviewed the progress of Dakhla’s urban upgrade program which has cost MAD 1.5 billion since 2008.

Consisting of 24 projects, the program focuses on three areas, namely “Housing and urban upgrading”, “Basic equipment” and “Network adapted equipment”. It aims to improve the quality of urban planning and contribute to the economic, social, and tourist development of the region.

Benomar also launched public lighting works on Avenue Mohammed V, which will be completed within six months over a length of 9,900 kilometers. The goal of this project, totaling more than MAD 14.79 million, is to ensure the safety of pedestrians and drivers and improve the development of the urban area of ​​Dakhla.

As part of the partnership between the Wilaya of Dakhla-Oued Eddahab, the Regional Council, and local authorities,  the Provincial District of Dakhla National Security and the regional command of the Royal Gendarmerie received vehicle grants from the Wilaya. Both security forces received two vehicles.

In July, the Wali granted an ambulance and a mobile medical unit for the benefit of the Regional Directorate of Health. The Regional Academy of Education and Training also benefited from a minibus for school transportation.

At the “Al Walaa” cultural complex, the Wali inaugurated a contemporary art exhibition entitled “From Paris to Dakhla” suggested by foreign artists (two French and one Brazilian) and composed of 26 paintings and 9 sculptures.