On September 13, the DGSN arrested a suspect in possession of two kilos of heroin in Tangier. 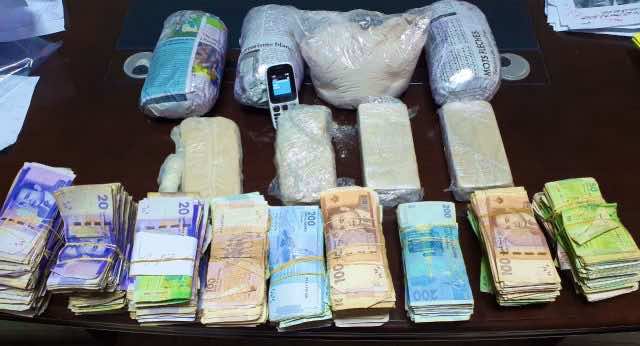 Rabat – In a statement, the Directorate-General of National Security (DGSN) reported the arrest of a 31-year-old individual suspected of possession and dealing in heroin.

“In light of the extensive efforts to fight against drug and psychotropic trafficking, the DGSN arrested the suspect on September 13 in Bni Makada district in Tangier,” said the statement.

Following investigations and search operations, the DGSN seized two kilograms of heroin as well as large sums of money. The police suspect that the money, totaling MAD 198,710 is revenue from the suspect’s drug deals.

The suspect remains in police custody under the supervision of the Prosecutor’s Office.

The investigation to determine the details of the case is ongoing. Police are also looking into the possible national and international ramifications of the case.

Moroccan authorities aborted several other drug trafficking operations in recent months. Police thwarted an attempt to smuggle 700 kilograms of cannabis resin in the city of Asilah in Northern Morocco, on August 30.

A day before, on August 29, Moroccan police forces cooperated in leading search operations. The search enabled the seizure of two cars with fake plates, six tons and 723 kilograms of cannabis resin, and the hunting rifle.