Young Moroccans are representing Morocco at its best on the international stage. Whether in the field of medicine, inventions, or other intellectual talents, Moroccans are making a name for themselves. 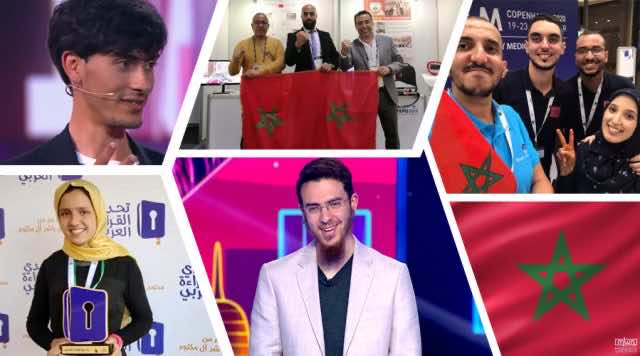 On October 14, a group of Moroccan medicine students won the Sim’Cup 2019, an international competition for response to simulated medical emergencies. The finals of the competition took place in the Czech capital, Prague.

Four students from Oujda’s Medicine School made up the Moroccan team. They triumphed in the competition despite the use of English as an official language at the event while they study medicine in French.

The Moroccan students outperformed teams from Brazil, the Czech Republic, France, Ireland, and the UK.

The Moroccan student mesmerized the jury with his extraordinary talent for memorizing and describing the details of anything he sees.

In the final stage of the competition, Oulhaj managed to identify one small egg from 200 others with the same specifications and shape.

In an earlier phase, Oulhaj stunned the jury when he was able to put 200 pieces of Matryoshkas, Russian dolls, in order after they were randomly mixed by a jury member.

The Fez-native wiped the floor with competitors from all around the world in the skill and talent-based show.

Stars of Science is a Qatari TV show dedicated to Arab youth worldwide who can develop technology that will have an impact and improve the lives of their communities.

“I am stunned. To be given the opportunity to save lives is a blessing from God. Thank you to every single individual that has believed in me through this journey. I can wholeheartedly say this is just the beginning,” said El Azouzi following his win.

Bekali and Ayache won the award for inventing a secure and waterproof rotary electrical socket. The invention had different safety features and consumes less energy than all its marketed counterparts.

Oulad Madani invented an educational robot for children with special needs. The Moroccan inventor won a bronze medal despite his invention getting broken during the journey from Morocco to Korea.

Oulad Madani also received a decoration from the president of the National University of Callao in Peru.

Finally, on November 13, Moroccan student Fatima Zahra Akhyar was not able to win the 2019 Arab Reading Challenge. However, the student reached the final stage of the competition after an impressive journey.

For being a finalist Akhyar received a full scholarship from the Abu Dhabi University to study in a field of her choice after high school.

The 15-year-old student qualified for the 2019 Arab Reading Challenge after winning the national reading contest.

While Morocco gives birth to numerous talents in various scientific and artistic fields, many of them decide to live and work in other countries. Morocco loses young people with great potential every year, especially to European and Gulf countries, for not offering them motivating salaries and good work conditions.

Only time will tell if these recently-decorated Moroccans decide to live in Morocco or leave for greener pastures.

How Young Moroccans Are Leading the Fight Against COVID-19