Pompeo’s visit is part of the US-Morocco determination to strengthen diplomatic and trade relations.

Several top security officials from both the US and the DGSN attended the meeting chaired jointly by Pompeo and Hammouchi.

Morocco and the US share regular security cooperation to face several challenging crises in the region, including the scourge of terrorism.

The US State Department has remarked on Morocco’s leadership in security in annual reports throughout the years.

In its latest Country Report on Terrorism, the US Departement of State reiterated that Morocco has a comprehensive approach to combatting terrorism.

The report also spoke about the “excellent and long-standing” counterterrorism cooperation between the US and Morocco and cited the effectiveness of Morocco’s security unit, the Central Bureau of Judicial Investigations (BCIJ), and its role to combat terrorism.

The document also noted the BCIJ’s efforts in dismantling a significant number of ISIS-linked terror cells.

Pompeo’s visit to Morocco comes just weeks after his meeting with Bourita in October.

The meeting was part of the US-Morocco Strategic Dialogue, convincing top officials from both countries to exchange views on regional issues and to vow to reinforce diplomatic relations.

In a joint press release following the meeting,  Pompeo spoke about Morocco’s “precious” support for the causes of peace, security, and development.

The US and Morocco launched the Strategic Dialogue for the first time on September 13, 2012. 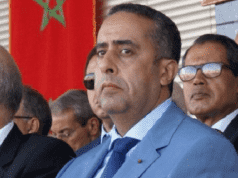