The group's initiative will soon expand to other towns and provinces in the region.

Rabat – VETO Junior Entreprise, a nonprofit organization based in Rabat, vaccinated hundreds of dogs against rabies in rural Moroccan towns from January 18 to 20.

A caravan of veterinary students and doctors traversed 12 douars, or villages, in the municipality of Khnichet in the Sidi Kacem province, 115 kilometers northwest of Fez in the Rabat-Salé-Kénitra region.

In just two days, the team managed to vaccinate 600 dogs against rabies: “An enormous number but insufficient given the number of the existing population,” a representative of the NGO told Morocco World News, adding that the group’s initiative will soon expand to other towns and provinces in the region.

Rabies is a viral infection that can be spread to humans by infected animals through bites and scratches. The virus targets the brain and spinal cord. If left untreated, rabies is fatal.

The caravan vaccinated dogs that are owned by townspeople and dogs that live outside but are taken care of by residents. These dogs come into contact with humans more frequently than strays and therefore present a greater risk to the community should they contract rabies.

“Rabies kills more than 59,000 people a year, especially in Africa and Asia,” the source continued. Programs such as those carried out by the caravan are necessary to “prevent this disease in dogs and protect their owners, too.”

The initiative had social and humanitarian dimensions, the VETO source added.

Underscoring the importance of vaccinations, the caravan explained to the rural communities the threat posed by rabies to both humans and animals, how rabies vaccinations protect public health, and how to actively avoid the disease.

Morocco’s National Food Safety Office (ONSSA) funded the cost of the vaccines, while VETO and the Hassan II Agronomic and Veterinary Institute (IAV) covered other charges such as materials and transportation.

A disease without a cure, rabies can only be eradicated through vaccination and sterilization campaigns. The fight against rabies in Morocco is a pressing issue that is gaining more national attention as NGOs work to vaccinate strays and pets alike against the deadly virus. 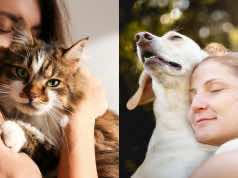