The majority of Moroccan business leaders are satisfied with the progress Morocco has made in the business sectors and are optimistic about what the future holds.

Rabat – Morocco’s current efforts and future reforms should be enough to help the country reach its development objectives, revealed the 2019 report on Morocco by the Oxford Business Group (OBG).

According to OBG, the confidence of Moroccan businesses remains solid, despite the challenges facing the development of Morocco’s economy.

Over the past ten years, Morocco has strengthened the foundations of its economy through a series of major initiatives such as the Green Morocco Plan and the Industrial Acceleration Plan.

The initiatives improved Morocco’s business climate. According to the report’s Morocco CEO Survey, the majority of Moroccan business owners are “very optimistic about the economic outlook for the next 12 months.”

In the survey, OBG experts interviewed business leaders from various sectors in order to record their impressions of Morocco’s business environment and the short-term economic prospects.

Business leaders answered a series of questions in face-to-face interviews. The answers informed a better understanding of the obstacles to economic development and the challenges facing Morocco, notes the report.

Morocco has made a leap in the World Bank’s “Doing Business” ranking, going from the 128th position in 2010 to the 53rd place in 2020, recalled OBG, explaining the climb in rankings is thanks to the Moroccan strategy to improve the business climate.

Morocco has also managed to control its inflation and contain its budget deficit, adds the survey, highlighting that the majority of interviewed CEOs are confident about Morocco’s economy in the next year, with 76% of them planning to make investments.

The infrastructure, renewable energy, and finance sectors developed the most in recent years, according to the report. The automobile and aeronautical manufacturing sectors also experienced significant growth.

The report, however, indicates that there is still room for improvement, recalling the speech of King Mohammed VI in July 2019, where he deplored that the “progress and achievements already made did not have sufficient repercussions on the whole Moroccan society.”

In order to address disparities, Morocco created a Special Committee for the Development Model (CSMD), cites the report. The CSMD is expected to submit a report in mid-2020 that will identify the growth challenges and design policies to ensure a better distribution of wealth across Moroccan territories and social classes.

The OBG also highlighted Morocco’s South-South cooperation policy, commenting that Morocco has improved its economic relations with the rest of Africa in recent years.

Several Moroccan companies have opened subsidiaries in other African countries, notably in the sectors of finance, telecommunications, and construction.

When asked about the external factors most likely to impact the Moroccan economy, about 47% of the Moroccan business leaders mentioned the volatility of commodity prices. In terms of growth obstacles, 68% of the interviewed CEOs said the tax environment is not competitive enough.

According to the report, Morocco will not be able to take full advantage of the progress it has made, particularly in the sectors of finance and telecommunications, unless it improves the education and training sector and strengthens the quality of its workforce.

Around three quarters (75%) of the business leaders surveyed believe that the country should prioritize developing the education and training sectors to unlock its full economic potential.

Leadership, engineering, research, and development are the training areas needed the most, concluded the survey. 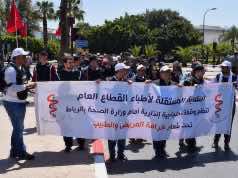