The personal envoy post has been vacant since Horst Kohler resigned for health reasons in May 2019.

“Morocco does not interfere in the prerogatives of the Secretary-General of the United Nations while remaining committed to the principles and parameters defined by the Security Council for the resolution of the Sahara issue”, underlined Bourita at the end of the 3rd Morocco-Pacific Island States Forum.

The Minister underlined the position expressed by the Pacific Island States in the “Laâyoune Declaration.” The declaration of commitment emphasized that the regional dispute in the Moroccan Sahara can only  be resolved “with full respect for the territorial integrity of Morocco and its national sovereignty.”

The heads of the pacific countries reiterated their full support for “the efforts led under the exclusive aegis of the United Nations to reach a realistic, pragmatic, and sustainable solution to the regional dispute, with full respect for the territorial integrity of Morocco and its national sovereignty.”

Morocco’s affirmation of support for the UN in its efforts to appoint a new Personal Envoy comes after rumors that UN chief Antonio Guterres was intending to appoint Slovak Foreign Minister Miroslav Lajcak as a successor to German retired envoy Horst Kohler.

The personal envoy post has been vacant since the step down of Kohler due to health problems in May 2019. 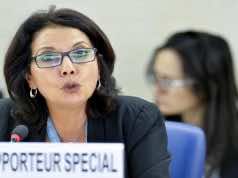