The feasibility and pilot studies of extending Morocco’s railway line from Marrakech to Agadir are almost completed, with the line’s completion scheduled for 2025.

Rabat – The feasibility and pilot studies of extending Morocco’s railway line from Marrakech to Agadir are almost completed, with the line’s completion scheduled for 2025.

According to a Technical Data Sheet obtained and examined by Moroccan news outlet Medias24, the National Railway Office (ONCF) launched the railway feasibility studies years ago, which enabled the office to determine the project’s profitability as well as the passenger base of the two cities.

The document showed that ONCF has chosen the optimal route to extend the line to Agadir, which is 260 kilometers away from Marrakech by car. The railroad will pass between mountains.

To be in proximity of residents, ONCF will build the Agadir train station on a 20-hectare plot in an urbanistic area. ONCF obtained the land, declared to be of public utility, following the expropriation decree published in the Moroccan government’s official bulletin on March 2.

The datasheet also revealed that Marrakech will have a second train station seven kilometers away from the city. The size of the station is not specified.

Construction on the railway and stations is set to reach completion in 2025 after acquiring the necessary funding, a source told Medias24.

The technical sheet did not specify whether or not the Marrakech-Agadir new railway line is a high-speed line.

Whether or not the ONCF will establish a high-speed line or an express line, a railway route between the two locomotives will surely boost both internal and external tourism as well as the two regions’ economies.

ONCF’s decision to link Marrakech to Agadir by train comes as an implementation of the instructions of King Mohammed VI pronounced in the Green March speech on November 6, 2019. 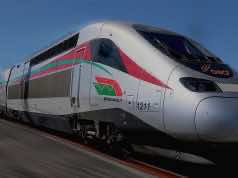 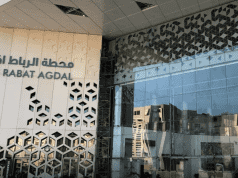 ONCF to Open a Shopping Mall at Rabat-Agdal Train Station