The suspects are currently being interrogated by a public prosecutor in order to reveal the extent of the criminal network they are involved in. 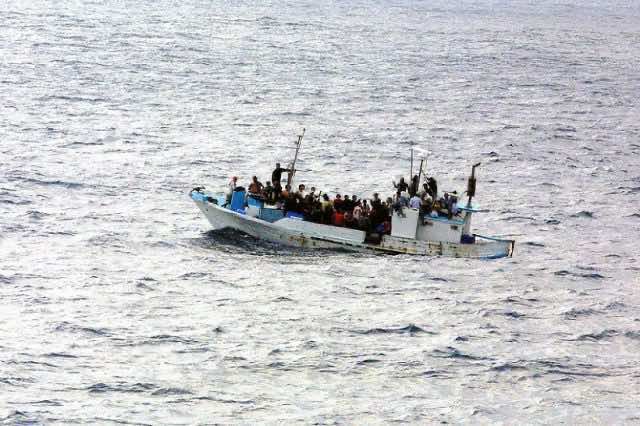 By
Zuza Nazaruk
-
Zuza Nazaruk is a Rotterdam-based journalist who focuses on social inclusion and climate emergency.
Apr 27, 2020
Spread the love

Casablanca – The prefectural police of Laayoune in southern Morocco have investigated five men on suspicion of their involvement in facilitating irregular migration.

According to a notice from the General Directorate of National Security (DGSN) on Sunday, April 26, the DGSN received information the suspects were planning to organize an irregular migration attempt. The suspects allegedly planned to carry out the operation by sea and to depart from the coast in the south of Morocco.

Based on their information, police arrested the suspects, aged between 18 and 43, in a car in Laayoune. Two are Moroccans with a history of criminal charges, two are nationals of a sub-Saharan country, and DGSN gave no information about the fifth.

Police placed the suspects in custody. The investigation by the public prosecutor’s office aims to determine the extent of the criminal network and consequently at arresting any other involved individuals.

While the five remain in custody, 13 sub-Saharan Africans hoping to irregularly migrate with the group are not currently facing interrogation.

The main destination of irregular migration from Morocco is Spain, which collaborates with Morocco on curbing migration and frequently pressures the EU to increase its support for Morocco’s efforts.

Occasionally, irregular migrants attempt to depart from the south coast of Morocco, the Western Sahara region between Dakhla and Laayoune. In March, police arrested another group of suspects and interrogated them on the suspicion of being involved in illegal migration.

In 2019, the EU offered the kingdom support in the form of 750 lorries and 15 surveillance drones. The year marked the lowest number of irregular migrants reaching Spain from Morocco in seven years, dropping by 54% from the previous year.

Moroccan security officials highlight that Morocco’s basis for its migration policy is humanitarianism.

“Our security action is not against migrants because we believe they are victims of networks that exploit the vulnerability of the migrants,” stated the director of immigration and border surveillance at the Moroccan Ministry of the Interior, Khalid Zerouali.