More than 4.3 million households are due to benefit from financial aid.

Rabat – The second operation to support Moroccan households where breadwinners work in the informal sector and lost their income due to the COVID-19 crisis is set to start on Thursday, May 14, the Ministry of Economy announced.

The families registered in the program will receive financial aid, with the total stipend depending on the size of the family.

Morocco’s Special Fund for the Management and Response to COVID-19 is financing the stipends.

The first operation to support informal workers and their families started on April 16. It covered 4.3 million households with a budget of nearly MAD 4.2 billion ($427 million).

As of May 12, 3.9 million households have benefited from the first monthly stipend, while the remaining 400,000 families are expected to receive aid by the end of this week, the Ministry of Economy announced.

The second operation will cover families already registered in addition to households who declared losing their jobs between April and May.

Just like the first operation, beneficiaries will receive an SMS message on their mobile phones guiding them to the nearest bank or money transfer agency when their stipends are ready for withdrawal.

In order to avoid crowding at withdrawal points, the SMS messages will be spread over several days.

The first operation took four weeks to cover all beneficiaries, leading a large number of suspended workers to complain from the delays.

In a televised interview broadcasted on May 7, Head of Government Saad Eddine El Othmani explained that the delays occurred because the financial aid measure was unprecedented and it took exceptional effort, with teams working day and night, to make an accurate census of the beneficiaries. 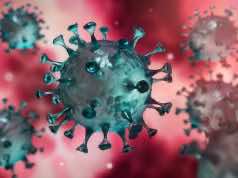