According to the Ministry of Foreign Affairs, more than 31,000 Moroccans are stranded abroad amid COVID-19 border closures. 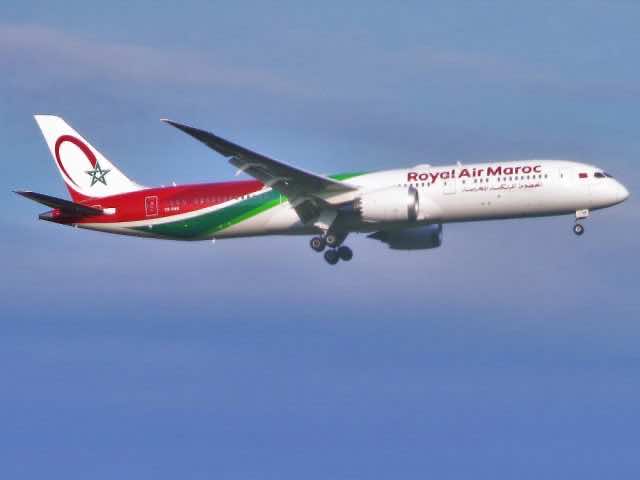 Moroccan authorities have arranged three flights operated by national air carrier Royal Air Maroc to bring back approximately 300 Moroccans who have been stuck in Algeria for over two months.

The soon-to-be-repatriated Moroccans have been staying in hotels in the Algerian capital, with the Moroccan embassy covering accommodation expenses.

The three flights will depart today from Algiers International Airport and land in Oujda-Angads Airport, in northeastern Morocco, according to the reports.

According to several Moroccans stranded in Algeria, the Moroccan consular services in Algeria notified the nationals of the upcoming flights on Friday, May 29, after receiving an urgent notification from Rabat.

The same sources assert that Moroccan authorities have presented a list containing the names of at least 300 nationals stuck in Algeria to Algerian authorities.

The three flights would be the first in a series of air liaisons to bring home Moroccans stuck in Algeria. While the first flights will only repatriate nationals stranded in Algiers, future flights are expected to bring back Moroccans staying in other districts, including Oran, in northwestern Algeria.

After their arrival to Morocco, the repatriated citizens will spend nine days in quarantine to prevent any potential contaminations with COVID-19. Quarantine will take place in hotels and tourist resorts of Saidia, a beach town near Oujda.

In mid-May, the coastal town served as a place of quarantine for approximately 500 Moroccans repatriated from the nearby Spanish enclave of Melilla.

The number of soon-to-be-repatriated Moroccans matches the figure presented by Minister of Health Khalid Ait Taleb during his announcement of the beginning of a progressive repatriation process for Moroccans stranded abroad.

On May 28, Ait Taleb said Morocco will begin the repatriation of 300 Moroccans per week, placing them in quarantine for nine days after arrival.

Later on the same day, the minister declared that his words were taken out of context and that 300 was only a preliminary number that would increase gradually depending on the epidemiological situation in Morocco.

On March 16, Morocco suspended all international flights, leaving hundreds of thousands of foreign tourists stranded in the country and tens of thousands of Moroccans stuck in foreign countries.

While Moroccan authorities facilitated the repatriation of many of the foreigners who were left stranded in Morocco, they did not start moving to repatriate Moroccans stuck abroad until recently, after over two months from the borders closure.

According to the latest update from Morocco’s Ministry of Foreign Affairs, more than 31,000 Moroccans are stranded abroad and have declared their wish to come back home.

While Morocco did not yet announce its full strategy to repatriate its citizens, the repatriation of Moroccans stuck in Algeria could be the start of a large-scale operation.