In an interview with Morocco’s state-operated news agency, Louw-Vaudran said the royal initiative will have a “catalytic effect” and create a new boost of solidarity, which Africa needs amid the COVID-19 pandemic.

It is the first time that an African country has taken such an initiative, she added, stressing that King Mohammed VI’s initiative “consolidates Morocco’s role as a voice of solidarity in Africa.”

The initiative also sends a message to African countries that they can help themselves and each other, and take control of their own destiny without relying on aid from other continents, the expert continued.

According to Louw-Vaudran, Morocco has always been at the forefront of defending and promoting the interests of Africa, explaining that the level of development the country has reached allows it to project itself into a prominent continental role.

The royal initiative illustrates the human dimensions of Morocco’s continental policy, she added, recalling that Morocco always highlights the centrality of the human element in its development efforts, both at the national and continental levels.

The new initiative should set an example for African states to develop similar solidarity approaches, the Institute for Security Studies in Pretoria senior researcher said.

“It is time for African countries to focus on the development of a sector as vital as the health sector. Countries like Morocco, which has much expertise and a confirmed know-how, must join efforts to achieve this objective,” Louw-Vaudran suggested.

According to the researcher, the “inclusive nature” of King Mohammed VI’s initiative, which includes countries from English-speaking Africa, “confirms the initiative’s pan-Africanism.”

Pan-African solidarity is the value African states should embrace in order to achieve a prosperous future, Louw-Vaudran concluded.

King Mohammed VI gave the instructions to send medical supplies to 15 African states on Sunday, June 14. The initiative aims to support African countries in their efforts against COVID-19.

The initiative was part of Morocco’s strategy for sharing experiences and good practices between African states.

On April 13, King Mohammed VI called on African countries to develop a pragmatic and action-oriented approach and establish an operational framework to collaborate in the management of the COVID-19 crisis. 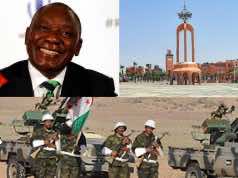