The agreement allows the American company to conduct hydrocarbons explorations in the form of geological and geophysical studies.

Rabat – Morocco signed a two-year reconnaissance contract with oil company Conocophillips Morocco Ventures LTD for the exploration of the on-shore area of “Mesorif” in the North of the country.

General Director of National Office of Hydrocarbons and Mines (ONHYM) and former Minister of Energy and Mining, Amina Benkhadra, signed the agreement during a virtual meeting with Vice President of Conocophillips Morocco Ventures, Melissa Anne Coleman.

The agreement allows the American company to conduct hydrocarbons explorations, including geological and geophysical studies, as well as the acquisition of 2D seismic data during the second year of the contract.

Hydrocarbons are considered by many to be the driving force for modern civilization, because they are used to power everything from buildings to cars to lightbulbs—although this is changing in the transition to clean energy.

“This signature marks a new entry for Morocco and Conocophillips since the fusion of the two entities of Conoco and Phillips in 2001. Each one of these companies had led exploration works in Morocco between 1970 and 2000,” said ONHYM on its official website.

The multinational corporation is one of the world’s leading companies in terms of production and proven reserves and operates in 17 countries around the world.

This year has already seen efforts in Moroccan oil and gas exploration. On March 4, British company SDX Energy announced a commercial gas finding during a drilling operation in northern Morocco.

SDX Energy said that it drilled the BMK-1 well to a measured depth of 1,551 meters and encountered commercial quantities of gas.

CEO of SDX Mark Reid said that the BMK-1 result in Morocco was “excellent news.”

The British company also said that the discovery can confirm “prospectivity in its existing core production and development area extends to the north.” 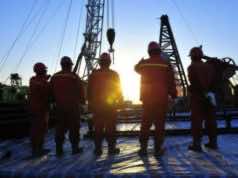