Rabat – Egypt and Saudi Arabia have officially announced July 31 as the first day of Eid Al Adha, Feast of the Sacrifice.

The Saudi Supreme Court published today the results for Dhu Al Hijjah, the twelfth and last month of the Islamic year. July 22 will mark the beginning of the Islamic month in Saudi Arabia.

The court said the crescent moon of the Islamic month was not visible today, announcing Wednesday as the first day of Dhu Al Hijjah.

Eid Al Adha falls on the 10th day of the Islamic month. It follows the Day of Arafah, which is the second day of the Hajj pilgrimage. Arafah will take place on July 30, and Eid Al Adha on the 31st.

Morocco will sight the crescent moon tomorrow, July 21, the Ministry of Islamic Affairs announced on Monday.

The ministry invited all individuals in charge of sighting the moon to provide their overview in both the cases of impossibility or visibility.

Moroccan astronomer Abdelaziz Kharbouch Al Ifrani told Morocco World News that the crescent moon will be invisible on Tuesday, and therefore the first day of Dhu Al Hijjah will be on Wednesday.

The astronomer’s calculations show that there will be unity in the Arab world in terms of celebrations this year.

“It’s expected that most Islamic countries will [be] united in their holiday,” the astronomer said.

Ifrani’s predictions for religious events, including this year’s Ramadan, have been all correct. 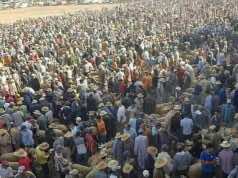