The updated finance bill allocates more resources to sectors with a direct impact on Moroccan society. 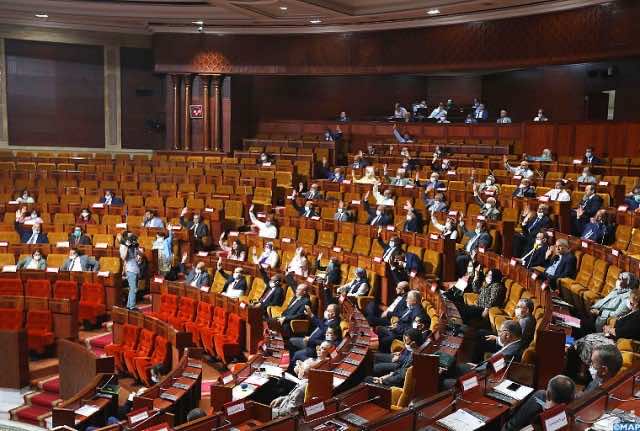 Rabat – Morocco’s House of Representatives has reapproved the amended 2020 finance bill, along with six legal texts to improve Moroccans’ quality of life.

The bills relate to the National Electronic Identity Card (CINE), a national social register, and the Hassan II Foundation for Social Works of Authority Agents.

The lower chamber of the Moroccan Parliament approved the texts during a plenary session. The meeting, chaired by the House of Representatives’ president, Habib El Malki, took place on Monday, July 20.

Minister of Economy Mohamed Benchaaboun and the Minister Delegate to the Ministry of the Interior, Noureddine Boutayeb, attended the session to answer inquiries.

Law 35-20, also known as the 2020 finance bill, received approval from the majority of MPs. During the session, parliamentary groups highlighted the support it provides for the rural world and its promotion of investments. The MPs also commended the improvements it will bring to citizens’ purchasing power and the regulations it implements in the informal sector.

The updated 2020 finance bill is expected to go official in the upcoming days, after its publishing on Morocco’s Official Bulletin.

In addition to the new finance bill, the House of Representatives approved Bill 53-19. The legal text amends and supplements Law 127-12 regulating the profession of certified accountants.

Minister Benchaaboun explained the decree aims to overcome a deadlock in the establishment of a professional organization of certified accountants. It also modifies some of the articles that proved flawed, he added.

Meanwhile, Bill 04-20, also approved on Monday, relates to the new CINE. Boutayeb announced that the legal text aims to develop a new generation of identity cards with reinforced security measures.

According to the official, the new CINE will protect citizens from fraud and identity theft. It will also introduce new functionalities. For instance, it will work as a substitute for some administrative certificates and documents. Adolescents will have the right to apply for a card at the age of 16, instead of 18.

In the field of socio-economic integration, the House of Representatives approved Law 72-18. The legal text relates to the establishment of a National Registry Agency.

The institution would create an integrated registration system for Moroccan families wishing to benefit from social support programs. It also aims to establish a national unified social register to protect the rights and personal data of Moroccan citizens.

Finally, the lower chamber of the Moroccan Parliament approved Laws 37-18, 38-18, and 60-18. The legal texts organize the work of the Hassan II Foundation for Social Works of Authority Agents. According to the new laws, officers and civil servants working in civil protection can also benefit from the foundation’s initiatives.