Royal Air Maroc laid off over 800 employees, including 150 pilots.

The solidarity fund comes in response to Royal Air Maroc’s decision to lay off hundreds of its staff members due to the financial crisis resulting from the COVID-19 pandemic.

The layoff affected nearly 30% of staff, estimated at 858 employees, including 150 pilots.

Royal Air Maroc has been communicating the impact of the financial crisis due to COVID-19 and the suspension of international flights.

It has caused the company to lose MAD 50 million ($5.4 million) per day. On June 23, Morocco’s Directorate of Public Enterprises and Privatization revealed that Royal Air Maroc lost MAD 1.05 billion ($112 million) every month since the start of the pandemic.

RAM officials said the crisis is the “worst” in the company’s history.

The association reportedly sent a letter to all of its members, calling on flight captains to contribute to the fund with MAD 10,000 ($1,071) to facilitate the action.

“The contribution has been set at half of this amount for airline pilot officers,” said the same source.

Moroccan television channel 2M said earlier this month that the number laid off from Royal Air Maroc is 858, while Le360 claimed the company dismissed 750 employees.

Some 140 employees selected voluntary departure agreements suggested by the company, including 30 pilots.

2M reported on July 22 that Royal Air Maroc is set to sell some of its fleet due to financial strain.

The company has been asking the government for financial assistance. The government granted an exceptional allocation of $624.8 million to support the national carrier, Minister of Economy Mohamed Benchaaboun said on July 13.

In addition, the National Office for Electricity and Drinking Water (ONEE) will benefit from an emergency aid package of MAD 1 billion ($107 million), Benchaaboun announced on the same occasion. 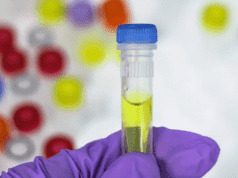