Rabat – TripAdvisor, the largest travel platform in the world, has featured Morocco’s Marrakech as among the top 25 destinations across the globe.

The US-based company lists thousands of activities to explore in the city and the surrounding region.

TripAdvisor placed Marrakech in the 21st position, describing it as a “magical place” teeming with markets, palaces, mosques, and gardens.

Rome is the fifth on the list followed by Phuket (Thailand), Sicily (Italy), and Majorca (Balearic Islands).

Marrakech, as 21st on the list, comes before Lisbon, Tokyo, Kyoto (Japan),  and New York City.

“Exploring the intimate courtyards and snaking alleyways of the historic Medina can easily eat up a day,” the agency wrote.

The agency invited travelers to find inner peace with a visit to the “serene Jardin Majorelle” or by exploring the beauty of the city’s historic mosques.

“Unless you are Muslim, you are not allowed to enter,” the agency clarified.

This is not the first time TripAdvisor has promoted the city of Marrakech as a top travel destination. Several lists from the agency have promoted Marrakech as one of the best destinations for tourists in the world.

One of the latest lists was in March 2019, when TripAdvisor ranked Marrakech ninth in its top Traveler’s Choice Destinations in the world.

In March 2020, the travel platform reaffirmed Marrakech’s position as a major tourist hub.

The red city is surely a magical place to visit in Morocco, but not at the moment due to COVID-19.

Marrakech is among the destinations in Morocco that is now closed to domestic tourists due to the increase in the number of COVID-19 cases.

In July, Morocco suspended travel from and to Marrakech due to the high number of COVID-19 cases in the region.

Morocco closed eight cities, most of which are major tourist destinations, including Tangier, Casablanca, Fez, and Meknes. 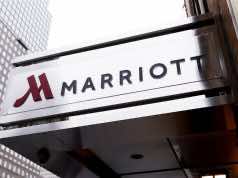