Morocco’s House of Councillors has approved a law proposal that would significantly facilitate and simplify marriage administrative procedures for Moroccans living abroad.

The article defines the administrative procedure for Moroccans who got married abroad to officialize their marriage according to Moroccan law.

It requires newly-wed Moroccans to present, in less than three months, a copy of their marriage certificate at the Moroccan consulate available in the place where the certificate was signed.

Considering that the certificate could be delivered from authorities in a city far from the newly-weds’ place of residence, the limitation requiring them to travel to a different place to register their wedding certificate used to complicate the task for them.

The recent law proposal, approved on January 12, suggests allowing newly-wed Moroccans to submit a copy of their marriage certificates to any Moroccan consulate, either in their place of residence or in the place where the certificate was signed.

“The law proposal will facilitate the administrative procedure for Moroccans living abroad, allowing them to benefit from their constitutional rights,” he said.

The proposal gained the support of Justice Minister Mohammed Benabdelkader who claimed that bringing administrative services closer to Moroccans living abroad is one of his department’s priorities.

The House of Representatives is set to soon organize a vote on the legal text, after MPs thoroughly review the proposal and make sure it does not require any amendments. 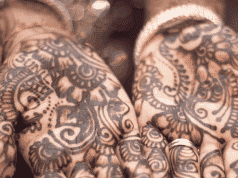