Rabat - Two men who attacked a man they perceived to be homosexual because of his effeminate appearance have been sentenced to four months in jail. 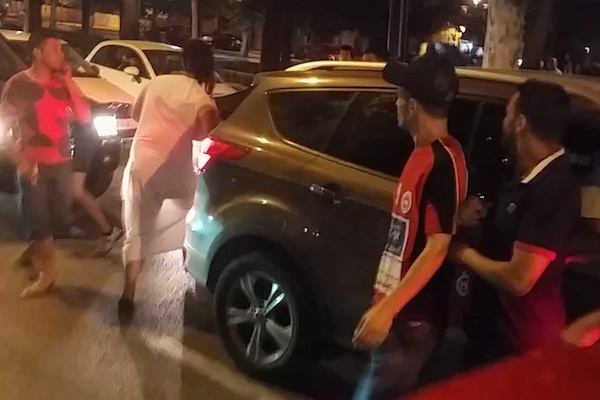 Rabat – Two men who attacked a man they perceived to be homosexual because of his effeminate appearance have been sentenced to four months in jail.

The verdict was delivered on Thursday by the Court of First Instance in Fez. The suspects were also ordered to pay a fine estimated at MAD 500 ($50 USD), according to a report by Moroccan Press Agency MAP.

The suspects aged in their thirties were arrested in early July for violating the Rule of Law and encroaching on the Powers of the State.

This court ruling comes after the trial, originally slated for July 23rd but adjourned until August 6th.

The assault took place on Monday May 29th in the street of Hassan II in Fez. The young man, dressed in women’s clothing, was brutally beaten and booed by dozens of angry men while hurling anti-gay slurs.

The assault made headlines worldwide and the media focused heavily on the case. This attracted wide public interest with about 70 lawyers representing the victim.

Following the arrest of the two men, the Ministry of Justice vowed to “deal firmly” against “those who stand between the law”.

Morocco’s Prime Minister Abdelilah Benkirane, on the other hand, warned citizens against interfering in matters concerning the State’s power to maintain and uphold law and order.

Benkirane reiterated that “he has no tolerance for any citizen that exercises the Powers of the State,” adding that anyone who thinks differently can address their concern to the authorities.