Rabat - Home to the oldest university in the world, Fes is the oldest and largest medieval city in Morocco and represents the zenith of Morocco’s cultural and historical mélange. 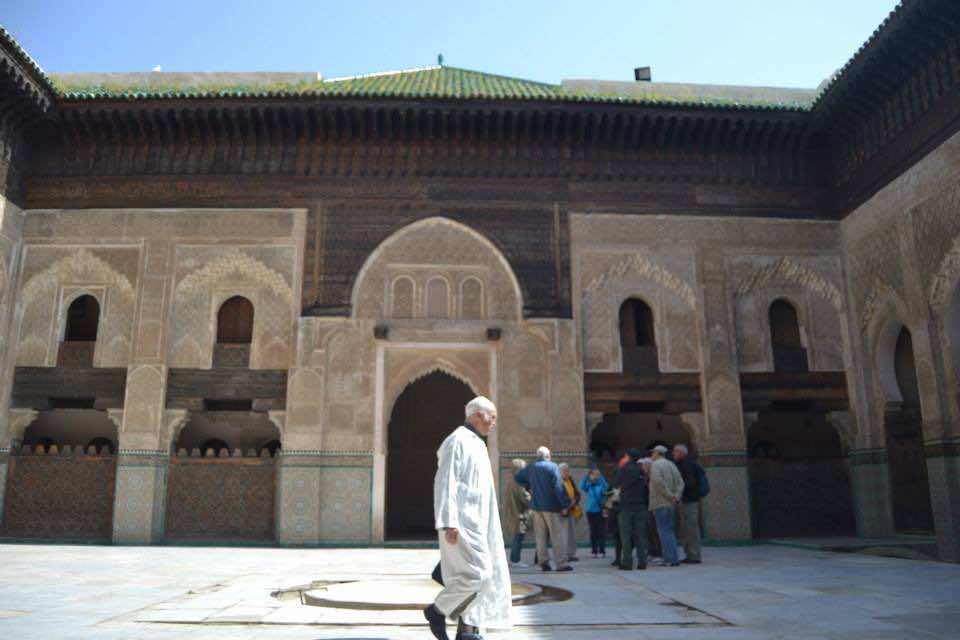 Rabat – Home to the oldest university in the world, Fes is the oldest and largest medieval city in Morocco and represents the zenith of Morocco’s cultural and historical mélange.

Often noticed, but not truly appreciated are some of the finest features of the city. They merit more than just a passing glance by tourists and citizens alike.

The Guardian of Culture

Take just a step inside the old medina of Fes (Fes El Bali) and one can feel the weight of history engulfing its great walls.

Spontaneous, graceful, strong and compelling, the old city enfolds its visitors in a timeless bubble, embodying the epitome of Islamic history and cultural diversity.

Founded by the Prophet’s descendant, Idriss I in 789 AD, and nourished in the traditions of Islam by its inhabitants from North Africa and Andalusia,  Fes underwent  great cultural and historical transformation.

In 809, Idriss II established the seat of the Idrisid dynasty, bringing the city further in its development.

In 819, the city’s ruler welcomed more than 8,000 families from Andalusia to settle in Fes.

Seven years later, Jews and Kairouan populations migrated to Fes and brought their silk, traditions, and artisans marking greater development and diversity in the city.

Thus, the rich heritage of these diverse cultures, religions, and values burst forth to become Morocco’s cultural, and religious center of today.

The Mystery of Keeping Time When you Cross into Time

Walking in the Old Medina of Fes is like walking into a time warp; one is immediately transported into the past. One of Fes’s oldest landmarks is a water clock.

It was built by timekeeper, Abu al-Hassan Ibn Ali Ahmed Tlemsani, in 1357 to mark the correct times of the call to prayer.

Known as Magana Bouanania, the water clock holds behind its wooden design and sculpture the secret of one of the oldest and most unique ways to tell time.

This puzzled scientists for centuries until they finally figured out how it works.

Consisting of 13 windows and platforms carrying brass bowls, the clock was driven by a small cart, which ran from left to right behind its beautifully carved twelve doors.

Every hour, one of the doors would open and a metal ball dropped into one of the twelve brass bowls, while rafters stuck out of the building above the doors supported a small roof to protect the doors and bowls.

Unfortunately, Magana Bouanania has been out of operation now for four centuries.

The bowls were removed in 2004 by the Agency for the Development and Rehabilitation of Fes to research how the mysterious 14th century clock could be brought back to life in the 21st century, which until now has not seen the light of day.

There are a few things the city of Fes can do without, such as cars, and fortunately, there are no cars in old Fes.

But four things are essential in every neighborhood in old Fes: a mosque, a M’sid (school for the teaching of Quran), a bakery, and a fountain.

The inhabitants of the old medina take so much pride in their Islamic heritage that it is mandatory before settling down in a neighborhood to make sure that a Mosque and a M’sid are established. The old city has over 300 mosques within its walls.

There’s an old Moroccan saying describing someone who is capable:  He or she is “a bakery big enough for a neighborhood.”

The saying originated in Fes, as each neighborhood in the old medina has a traditional public bakery, where people’s homemade bread is brought to be cooked on wood.

Fes’s neighborhoods also have  their  own fountains. Aesthetic, and beautifully decorated, they served a purpose other than merely decorating the city.

Previously, before the public tap water system was installed in Fes’ houses, donors built fountains, whose water came directly from the many springs that surround the city, so that the inhabitants would have access to water.

In Islam, building a mosque or a fountain is considered to be an eternal contribution, whose donor is rewarded even after his or her death for his or her good deed.