Rabat - Around a hundred of unemployed university graduates in Laayoune in southern Morocco have raised signs on the roofs of their houses in protest against “prevailing” unemployment.

Rabat – Around a hundred of unemployed university graduates in Laayoune in southern Morocco have raised signs on the roofs of their houses in protest against “prevailing” unemployment.

A source from among the university graduates, united in three groups active in calling for they call their “right” to work in public administration, told Morocco World News that signs were raised on around 100 rooftops.

The signs criticized the reigning unemployment among Sahrawis in a region “rich with natural resources.”

The source said that local authorities have summoned parents of the activists and ordered them to take down those signs while addressing threats. No arrests were recorded.
The graduate expressed their astonishment at the authorities’ conduct, even though the “demands are purely economic.”

“We chose this form of demonstration to protest against the lack of all dialogue with local authorities to find a solution to this problem which has existed for years,” they said. 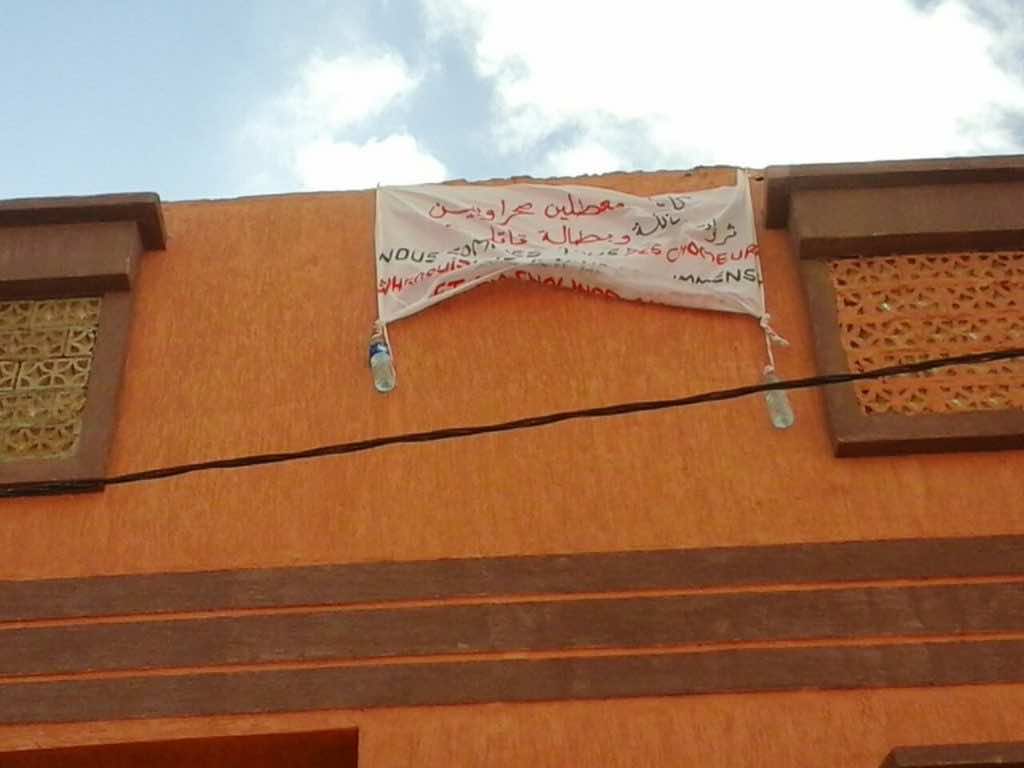 Locked Out of the Public Sector

There are around 300 master’s degree and higher education graduates among the protesting activists. For six years, they have been asking to be integrated into public administration and to benefit, as they say, from local resources such as fisheries and phosphate.

“There’s no private sector here. It’s mostly family-based businesses,” said the source when asked about why the unemployed graduates insist on getting jobs in public administration.

The graduate said that taking public administration admission tests in the region or elsewhere was difficult, for several reasons.

“I need MAD 1000 to be able to travel to Rabat for that and another MAD 1000 for extra expenses,” they said, pointing out that a number of graduates come from poor families.

The protesting graduates say they have no guarantees that admission tests will be “transparent,” criticizing what they claim are “suspicious” recruitment operations in public administration and the local affiliate of the national phosphate group OCP.

The source lambasted what they called the “closed-door policy” adopted by local authorities who refuse to engage in dialogue to solve their problem.

When asked about whether the coalition of unemployed Sahrawi university graduates has any political leanings, especially in a city with many pro-Polisario activists, the source denied any connection.

“Our demands are economic and social. We’re very far away from making any political demands,” they affirmed.