Rabat - If anything unites Algerians around the globe, it’s the fatigue of witnessing the incompetence of those who rule them with an iron fist. 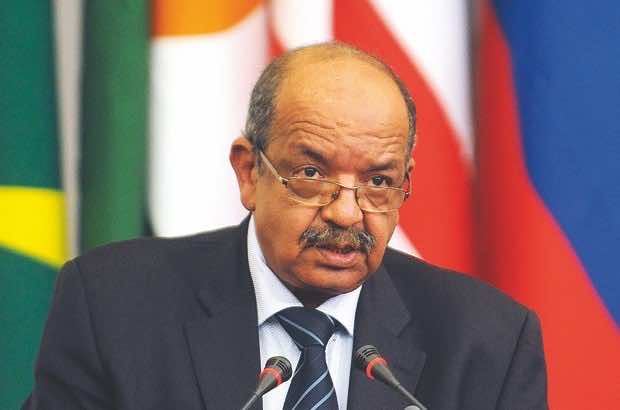 Rabat – If anything unites Algerians around the globe, it’s the fatigue of witnessing the incompetence of those who rule them with an iron fist.

Each and every Algerian recognizes that their country has been taken hostage by leaders who are in pivotal positions based solely on their devotion to the military regime, which is currently attempting to take control over a section of Moroccan land.

Last week was a clear example of Algeria’s contempt for Morocco when the Algerian foreign minister accused Moroccan banks of laundering-drug money, claiming that Morocco is “laundering cannabis money via its banks in the continent,” and also claiming that Royal Air Maroc, Morocco’s state-owned carrier, is “carrying something other than passengers” to African destinations.

Typically, when Algerian and Moroccan authorities scuffle, the media from both sides goes mercilessly after each other. This time, however, the Algerian media remained silent, embarrassed by the actions of their foreign minister. The foreign minister, who is supposed to represent them, acted maliciously when he not only went after Morocco, but surprisingly, when he would not own up to his statements.

He went on to say that Algeria is the leader in “doing business,” thereby discrediting each and every North African country from Morocco to Egypt. It is no news that Algeria is ranked 156th in business relations, while Morocco is ranked 68th. The statements made by the Algerian foreign minister are not only hateful and disparaging – Morocco has gotten used to this kind of behavior from their eastern neighbor – but more importantly, they show the level of ignorance of the Algerian leaders in world affairs.

Algerian leaders are accustomed to their media backing them up any time a fight takes place between the two countries. This time, however, the foreign minister was left on his own; the majority of the Algerian media knew that he had crossed a line.

The Algerian leaders in the El Moradia palace chose not to make any statement, saying that they didn’t want to escalate the matter. They obviously lack the courage to admit that their foreign minister erred, unless he was actually given the orders to start a quarrel with Morocco in order to divert the Algerian people from thinking about the problems Algeria has been facing in the last couple of years.

I am not sure that the minister will remain in his post for long. In the past week, he started a fight with Morocco and accused African leaders of initiating false accusations about him, proving him to be unfit for the position. This is not the kind of publicity that Algeria wants if it is hoping for international investors to start investing in Africa.

Fortunately for Algeria, those who hate Morocco are plenty; there is no doubt in my mind that the regime will find someone who is even more hateful to replace this incompetent minister. I would not be surprised if they bring back another anti-Moroccan like Ramtane Lamamra, the previous foreign minister, the same way they brought back Ouyahiya.