Rabat - During King Mohammed VI's current visit to Fez and the neighboring spa town of Moulay Yaacoub, he has ordered the local thermal station to provide free access to Moroccan and foreign visitors for four days. 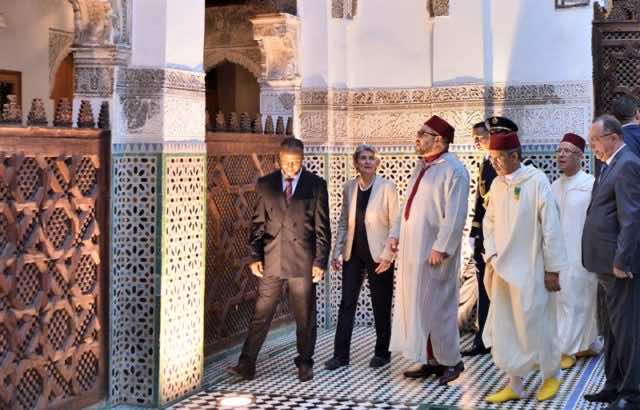 Rabat – During King Mohammed VI‘s current visit to Fez and the neighboring spa town of Moulay Yaacoub, he has ordered the local thermal station to provide free access to Moroccan and foreign visitors for four days.

The monarch arrived in Moulay Yaacoub on Friday to launch several projects. Visiting the thermal station several times during his stay to take baths, the King noticed there were no visitors, media outlets reported.

Officials told the King that visitors were not allowed in during his four-days stay in the station, even for those who had already booked and paid for places in advance, explaining that they took the decision for security considerations.

To their surprise, the monarch was not pleased with what he heard and immediately ordered the thermal station to be open for free to visitors.

A local source told Morocco World News that the city’s inhabitants are pleased with the royal decision.

Hopes are high that the King’s recent speech during the parliamentary opening session, in which he called for a “political shakeup,” will help fight corruption and speed up development in the former Moroccan capital.

In recent months, King Mohammed VI launched several projects in Fez, including a new airport terminal, and re-opened 14th century madrasas that had been undergoing renovations.